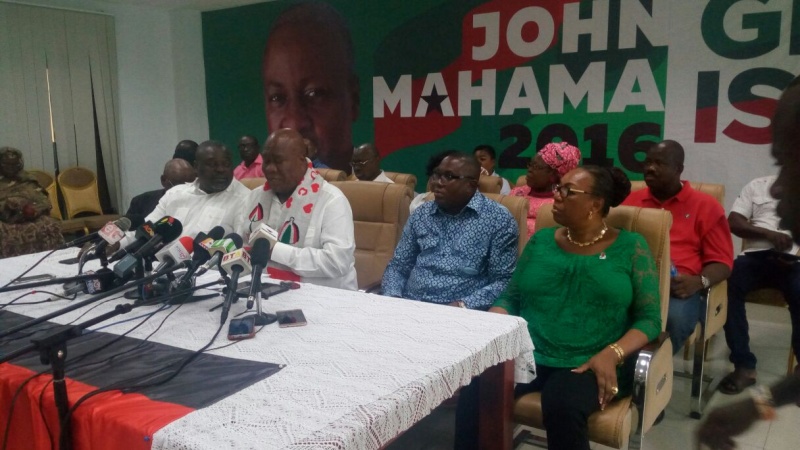 The National Democratic Congress has outdoored a 13-member committee to investigate the party’s defeat to the New Patriotic Party in the 2016 presidential and parliamentary elections.
The committee will be chaired by former finance minister Professor Kwesi Botchwey.

The committee has also being charged to recommend the way forward for the party.

"The committee is expected to "review and validate the results of the 2016 presidential and parliamentary elections and find out the causes of the poor performance of the NDC in both the presidential and the parliamentary election, as well as to deal with other matter reasonably related to the above objectives and to make recommendations to the National Executive Committee about the way forward," according to the party's General Secretary, Johnson Asiedu Nketia.
Read also: AMA cautions parties to remove election posters
Addressing the press to outdoor the members, he said, "The committee shall submit its report within 90 days of its inauguration."
Nana Addo defeated President Mahama by 53.8 percent to 44.4 percent.
Below are members of the committee:
Kwesi Botchwey (Chairman)
Edward Doe Adjaho (Outgoing Speaker of Parliament)
Alhaji Hudu Yahaya
Naval Capt. Asase Gyimah
William Ahadzi (Director of research at the NDC headquarters)
Ibrahim Zuberu, (Lecturer at Accra Technical University and member of NDC)
Razak Abu (Researcher at NDC’s Development Challenge)
Juliana Azumah Mensah (Former MP for Agotime-Ziope)
Barbarah Serwah Asamoah
Alban Sumana Bagbin
Three (3) members from NDC members of parliament