The media are destroying Ghana and it is about time politicians joined forces against them, Deputy General Secretary of the governing National Democratic Congress (NDC), Mr Koku Anyidoho has said.

Contributing to a discussion on Class91.3FM’s Executive Breakfast Show on Monday May 30 about the use of abusive language in Ghanaian politics, Mr Anyidoho asked: “Is it only politicians that exist in the geographical entity called Ghana? You have religious leaders and the media.”GhanaPoliticsOnline.com

“In fact, very soon, we are going to turn our guns on the media because the media is now the medium that is destroying this country – the media terrorism, the media tyranny that is going on must be stopped,” he told Prince Minkah, explaining that: “… Media operators pretend that they are not politicians, but they are the worst politicians and create all the problems. Maybe politicians must now come together and direct our arsenals at the media”.

According to him, the raging “media tyranny and media terrorism” must be stopped.

Mr Anyidoho said: “As far as I’m concerned, the media is the problem this country is facing.”

“You wake up every morning, sit behind a consul and you think that you can dictate and determine the agenda for the nation, this is unfair and it’s unacceptable. The tyranny of the media, the tyranny of civil society organisations shall not be accepted,” he said. 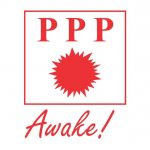