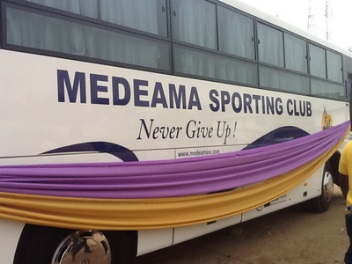 Ghana Premier League side, Medeama SC have set sight on the signature of Hasaacas right back Amos Korankye ahead of the 2015/16 league season, GHANAsoccernet.com can reveal.

Korankye, 25, has been a long-term target for top Ghanaian sides including the two biggest clubs in the country Hearts of Oak and Kotoko following his splendid performance last season.

However, according to sources close to the player, the 22-year-old enterprising right-back is in advance talks with the 2014/15 FA Cup, and he is expected to seal his protracted move in the coming days.

“Due to Amos’ performance last season, he received a lot of calls from top clubs which include Hearts of Oak and Kotoko, but I can confirm now that Medeama is on the verge of signing him because he’s held advanced talks with them,” a source close to the player told GHANAsoccernet.com.

“If everything goes as planned, Amos will be signing the contract in the coming days because he has been the player himself is willing to play in Africa,” the source close added. 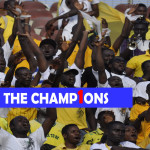