Maverick private legal practitioner and political critic, Maurice Ampaw has for the first time admitted in a statement that he and his wife, including some close family members are among the numerous Ghanaians who invested in embattled gold dealership firm Menzgold.

“I want everyone to officially know that lawyer Ampaw is a proud customer of MenzGold”, he revealed while flaunting documents to prove that he has his cash locked up with the gold trading company.

Copies of the documents reveal that lawyer Maurice Ampaw purchased 50 pounds of gold worth GH¢ 100,000 three times totalling GH¢ 300,000 before the company run into crises.

Finance Minister Mr. Ken Ofori Atta has described people who traded with MenzGold as ‘greedy’ individuals who did not think before investing their money with the gold merchant.

This is not the first time a government official has come out to condemn people who invest in investment companies like this after being promised huge dividends.

Former President John Dramani Mahama made a similar statement whiles commenting on another investment company that duped Ghanaians, especially in the Brong Ahafo Region during the era of the DKM scandal which occurred under his administration.

An aggrieved Maurice Ampaw who was speaking in an interview with Kumasi-based radio Abusua Fm, indicated that there is nothing wrong with people who invested with MenzGold because nothing showed the company was not operating illegally since Bank of Ghana and the Securities and Exchanges Commission (SEC) did not speak about their illegality.

Mr. Ampaw claims he contacted the Registrar General’s Department, and the Minerals Commission before becoming a customer of the gold trading hub four years ago.

“I did due diligence at the Registrar General’s Department and the Minerals Commission so I was so satisfied. Therefore I increased my investment bit by bit then my confidence level increased as well,” he noted.

“I realized a company that has existed for about five years whiles it has operated under the watch of government, that was able to sponsor Premier League, who took the entertainment industry by storm, a company that could visit Asantehene with a Private jet. Somebody who has met President Nana Addo three times nothing showed he was a fraudster.”

According to him, the system and structures did not antagonize CEO of the firm Nana Appiah Mensah, but rather endorsed him, since there were no objections to his line of business.

Mr. Ampaw argued that, if institutions funded and mandated to monitor the authenticity of all investor companies failed to take any action against MenzGold for five years, then such people must be held responsible, not the company. 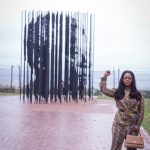