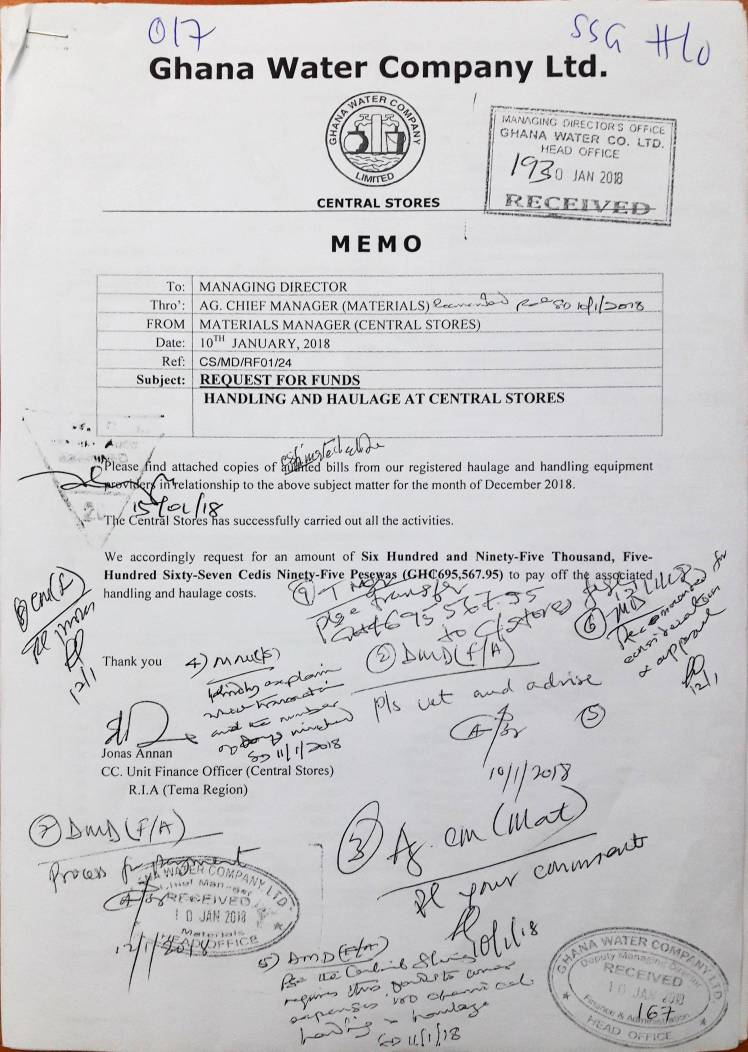 INVOICES INFLATED BY OVER ¢16 BILLION IN JANUARY 2018

The defrauding of the Ghana Water Company (GWC) of billions of cedis in November and December 2017, continued unabated last month, January 2018, through the inflation of figures on invoices for payment to companies that transport water purification substances from the Tema Harbour to its Central Stores at Ashaiman, and then to the company’s water treatment plants in various parts of the country.

A year later with the change of government and with a new board and management in place at the GWC, the story changed; amounts to be paid for the haulage of the same items over the same distances shot up by over 400%!
On December 2017, the bill presented by the Central Stores to the GWC for Haulage of same substances over some distances was a whopping GH¢650,000.80! That same day, the Central stores requested for and got a staggering GH¢664,010.80 for haulage of same items over same distances. Three days later, another request of GH¢664,010.80 was made and transferred from the GWC accounts into their accounts bringing the total amount to GH ¢1,970,0122.20( gh¢ 19.7 billion) However, the biggest rip-off of this create, loot and share scam was to come last month. On January 6, 2018, the Central Medical Stores presented a memo requesting for GH¢689,038.83 for the ‘handling and haulage of Central Stores shipment of Chlorine Cylinder.”
Three days later, that is on January 9, 2018, a request was put in for GH¢748,160.00 to pay for “handling and haulage at Central Stores”. Then the next day, January 10, 2018, GH¢695,567.95 was requested for to pay for the ‘handling and haulage’ at Central Stores, bringing the total amount paid for haulage by the GWC in January 2018 to a staggering GH¢2,132,766.78 (¢21.32billion)! All these monies were transferred from the GWC’s accounts at the Ghana Commercial Bank Headquarters and SSB Headquarters into the accounts of the Central Stores.
In Part 3 tomorrow, we shall bring to readers more shocking revelations and how some senior management staffers are involved in this create, loot and share scheme. 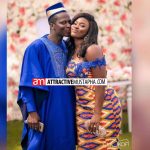