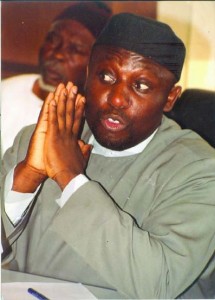 Governor Rochas Okorocha of Imo State has sacked scores of the workers in 19 parastatals, agencies and departments, even as their salaries had been stopped with effect from Monday, January 4, 2016.

Vanguard gathered that the current action of the Governor, came on the heels of last Wednesday’s protest in Owerri, by the Nigerian Labour Congress, headed by factional National President, Comrade Ayuba Wabba.

It was also gathered that the governor’s action is closely linked to the recent form which the administration forced Imo workers to sign before collecting their unpaid salaries.

Government explained that the action followed what it called “a productivity audit recently conducted in the parastatals, agencies and departments.”

The release further stated that “government is satisfied that it is no longer in the public interest to keep running these agencies, parastatals and departments with huge cost on public revenue and no services to the public, under the present economic realities”.

Government promised that the affected workers would be communicated in due course, about the administration’s next line of action regarding possible re-engagement, after the on-going concessioning exercise affecting the agencies, departments and parastatals.

The release, which ordered the affected staff to handover all government property in their possession to their chief executives within 48 hours, however added that civil servants on secondment to any of the affected agencies, parastatals and agencies, are deployed to their parent ministries.