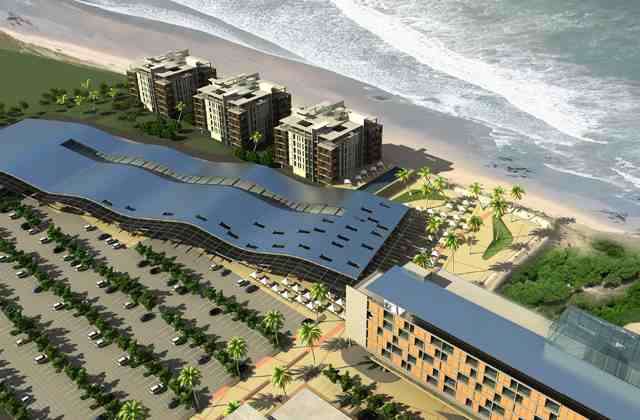 Mantse Nii Okwei Kinka Dowuona VI has revealed that the Osu Traditional Council has linked up with various vocational and technical training agencies to equip the youth with skills to benefit from jobs that will be created through the Marine Drive Project.

Over 200 acres of the coastline from Osu to Jamestown in the Greater Accra Region have been earmarked to be developed for the project. The project is expected to have tourist resorts with facilities such as hotels, casinos, shopping malls, offices, and theme parks among others.

When successfully implemented, the project is expected to transform Accra into a world-class tourism centre with more than 1,000 job opportunities for the youth in the area.

The President of the Greater Accra Regional House of Chiefs, who was a guest on Class FM’s Executive Breakfast Show on Wednesday June 7, told the host Moro Awudu that the traditional authority had to include in the agreement provisions that will ensure jobs for residents.

“In the MoU, we wanted leverage for the youth to benefit in terms of jobs, so it has been captured,” he noted.

“What we now realise is that most of the youth in the community have not got certain skills and the project will go in phases. We have the construction, building stage, and after that there is the day-to-day running of the facilities, so we have put in place vocational skills training programmes with a couple of agencies on board to have our youth trained in certain skills and that is what we are doing to position the youth properly to benefit from all the stages.”

The Osu Mantse is of the view that the Marine Drive project will bring massive development and transform the outlook of coastal cities while ensuring that residents gain meaningful employment.

He assured residents would not be short-changed as leaders would ensure that indigenes reap maximum benefits.

He disclosed: “The land is currently being serviced and places are being cleared for building to be constructed,” emphasising: “We are not directly involved in granting of leases to the investors as the Ministry is taking charge of that.”

For him, custodians of the land are deeply involved in negotiations and an agreement has been reached which will ensure that reasonable compensation is given to the communities whose lands will be used for the project.

“We have to put in a claim for compensation and we have done the valuation reports and submitted to the Lands Commission and the ministry for compensations to be paid,” he emphasised.