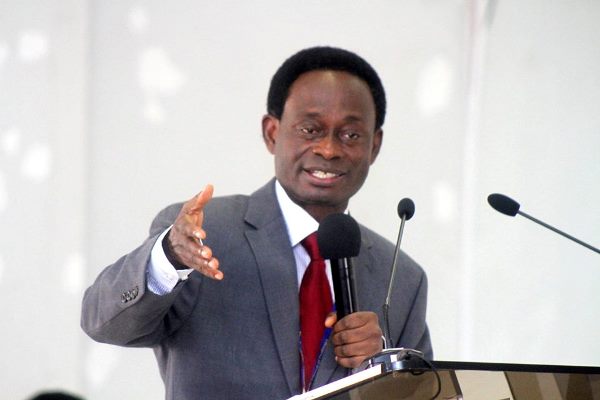 The Chairman of The Church of Pentecost, Apostle Dr. Opoku Onyinah, has asserted that there are many people parading themselves as pastors who do not know God.

According to him, it is sad and very dangerous to be a priest without knowing the Lord. “Any pastor who keeps on sinning without repentance does not know the Lord,” he declared.

This was contained in a document presented by Apostle Dr. Opoku Onyinah at the on-going Heads’ Meeting of the leadership of The Church of Pentecost at the Pentecost Convention Centre (PCC) at Gomoa Fetteh on Tuesday, November 17, 2015.

The participants were selected from the over 90 foreign branches of the Church across the globe comprising of apostles, prophets, evangelists, area heads, retired heads, directors, heads of the Church’s tertiary educational and bible training institutions, national heads and leaders from the Church’s autonomous nations, among others.

The five-day meeting supposed to end on Sunday, November, 22 is specifically organised for the leadership of the Church to strategise for the coming year through fasting, prayer and sharing of the word of God.

Speaking on the 2016 theme of the Church, “Hearing and Obeying the Lord’s Voice in my Generation” -1Samuel 3:9-10, Chairman Opoku Onyinah noted that the priesthood is supposed to be a sacrificial service, not by mouth but by practice.

“When you see a pastor trying to say, ‘Had it not been the ministry, I would have been like this or that, as a means to stir people to give money,’ watch out, for the tendency to get back into slavery in ‘Egypt’ or the tendency to be ‘fleshy’ is strong. He needs to review his life and pray.

“The true minister sees those ‘fleshy’ things as rubbish. In life, we do not boast of the things which are garbage. We see them as filthy. We throw them away. True ministers of God have thrown these things away. Ministers who still run after them are like children who need to be taught the basic things of Christ again.

“The challenge with such ministers is that they are still leading the flock. They cause havoc in churches and society. Eli’s sons were still those who were offering the sacrifice of the Lord and performing the duties of the priest in the house of God. They had the right to carry or touch the Ark of the Lord.

Apostle Dr. Opoku Onyinah identified the characteristics of fake pastors as the ones who are immoral, defiling young girls and chasing other men’s wives; those pastors who are misusing church funds and manipulating churches’ systems for their own benefits.

He also said pastors who are worldly and extremely focused on fashion such as changing and acquiring clothes, vehicles, and houses at the expense of the kingdom work do not know the Lord Jesus Christ whom they profess to follow.

“When we consider the book of Hebrews which said that we have no right to eat on the altar on which we serve, the writer had challenged his listeners to shun away from sexual immorality, love of money, strange teaching (teaching which satisfies people appetites), and ceremonial food (Hebrews 13:4-10).

The Chairman said pastors must be representative of Christ on earth and should therefore lead exemplary lives to impact others positively.