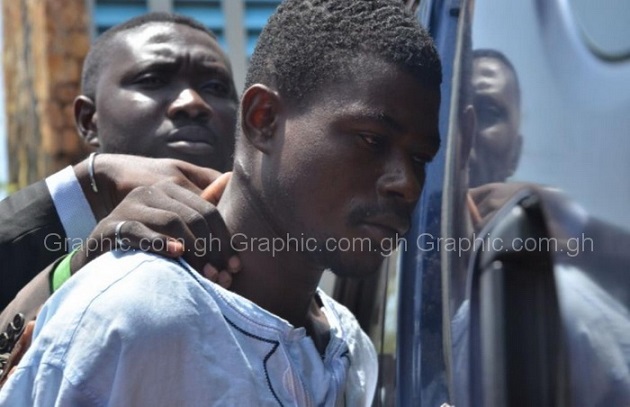 Yaw Anokye Frimpong, the 22-year-old man who confessed to killing two African-American women in Akwamufie in the Eastern Region, has been sentenced to death by hanging by the Accra High Court.

“Yaw Anokye Frimpong, the men and woman elected to decide your trial, having found you guilty of murder, you are hereby sentenced to death by hanging and may God have mercy on your soul,’’ Mrs Justice Wood said.

Sympathisers of Mamelina Diop, 75, and Nzinga Jaana, 69, the two women murdered by Frimpong, could not hold back their tears when the jury delivered its verdict and the presiding judge pronounced the death penalty.

It was an outburst of emotions characterised by hugs, wiping of tears and the shedding of more tears, with lots of gestures indicating joy in the midst of sadness.

In one instance, one of the sympathisers knelt in front of her seat, held the seat and started sobbing uncontrollably.

Mesdames Diop and Jaana were among a group of African-Americans who had acquired a vast tract of land in Akwamufie and later settled on it.

The African-Americans named the community Fihankra.

On May 5, 2015, the two women were not seen around the community, compelling their neighbours to hire a carpenter to break into the apartment in which they lived.

The neighbours found a bloodstained club on the floor of Diop’s room and a rubber bag covered with bloodstains in a dustbin in the apartment.

A report on the disappearance of the two women was later made to the police and a search led to the discovery of their bodies in a shallow grave on a farm in the community.

During investigations, it was found that Mesdames Diop and Jaana had been attacked and clubbed to death in their home about 10 p.m. on May 4, 2015.

Six persons, including Frimpong, were arrested as part of investigations into the murder. Frimpong is said to have confessed to killing the two women during interrogations.

He was charged with murder, while the five other accused persons were charged with conspiracy to commit murder.

During the committal proceedings at the Accra Central District Court, Frimpong confessed to single-handedly clubbing the two women to death.

The five other accused persons were later discharged.

Frimpong repeated his confession at the Accra High Court during the trial, but stated that it was never his intention to kill them but that his intention was to steal from them.

According to him, he killed for fear of being exposed when they found him stealing in Madam Diop’s room.

Per his testimony, Frimpong went to the apartment to steal, but in the course of the act, Madam Diop returned home and caught him in the act.

Consequently, he struggled with her, overpowered her and tied her hands and also covered her mouth with a piece of cloth, after which he went home.

But out of fear of being exposed by his victim, he returned to the house with a club with the intention of killing her and met Madam Jaana in the apartment.

Frimpong told the court that he hit the two women repeatedly with the club and after killing them, he conveyed their bodies in a wheelbarrow to a nearby farm, dug a shallow grave and buried their bodies.

After the act, he stole GH¢156 from Madam Diop’s room, went to town and drunk alcohol in order to forget about what had happened.

After the jury’s verdict last Wednesday, Frimpong was given an opportunity to make a statement before the court delivered its sentence.

He informed the court that he had committed other crimes which the police were currently investigating and said those crimes were haunting him.

“These crimes are haunting me because I know I committed them,’’ he said.

He prayed the court to have mercy on him because he had not intentionally killed the two women. 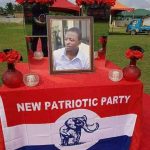 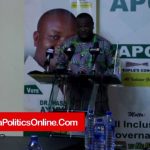