I believe in culture and tradition. I believe that any action that needs to be taken in our traditional homes the elder must first be consulted for wisdom and direction. I always promise never to allow that to elude me.

News making rounds showed that 200 Mamprugu Youth Chiefs endorsed NPP. It is important to indicate that such never happened in real life. A few of the Chiefs sat and concocted such a wicked and sad lies to represent the opinion of all youth chiefs in Mamprugu.

As I write this article, I want to wish President John Dramani Mahama that we are solidly behind him and Mamprugu will never let him down.

The supposed press release was meant to destroy the image of Mamprugu. God will never allow that to happen. Mamprugu is a civilized society and our behaviour will reflect that.

The information we are hearing has it that those who did it were paid to give a bad name to Mamprugu and its youth chiefs. The idea that everyone enjoys freedom of speech does not mean that they should go to that extend to make the political image of Mamprugu bad before the President of the Republic of Ghana.

Chief Na-achinaba Bugdow Abdulai and Chief Nayiri Za-achi Adam Tia who were enskined by the Paramount Chief of Mamprugu vehemently disagreed with the content of the press release and disassociated the rest of the chiefs from it. Mamprugu has over thousand youth Chiefs and the opinion of the few cannot reflect the opinion of all the Youth Chiefs of Mamprugu.

The pictures we saw on the news making headlines last week were NPP supporters and not the totality of the Mamprugu Youth Chiefs.

The rest of the Youth Chiefs are sending a warning signal to the one who claimed to be their PRO that he should stay away from Youth Chieftaincy matters since he is not a chief and that he should leave traditional matters to the youth chiefs.

It is disheartening to note that people are trying to create fertile grounds to forment troubles in Mamprugu. The gods of the land are wiser and would not allow such thing to happen. We love Mamprugu and we will continue to respect the culture and tradition of Mamprugu particularly Nayiri. Nayiri is the spiritual home of Mamprugu and it will be continuously observed as such. The rest of the Youth Chiefs led by Chief Na-achinaba Bugdow Abdulai and Chief Nayiri Zaachi Adam Tia would see to it that no Youth Chief uses politics to dent the image of Mamprugu.

Now to address the substantive matters of the press release, the idea that the president promised to construct road from Gambaga to Walewale has not been fulfilled is a blatant lie and greviciously I have answered them. The first question I always ask relative to the Gambaga-Walewale Road is whether when npp was in power the road wasn’t in existence. Or whether they constructed the road and NDC came to power and destroy it, why all these vilifications?

While Nayiri is praying day-in-day-out and giving sacrifices to the gods to help keep peace, some miscreants who called themselves chiefs try to forment trouble. Oh my God, “chief who is chief”! That reminds me of the literature book,” The Marriage of Ananesewa “.

His Excellency, John Dramani Mahama has raised the image of Mamprugu very high in the political Map of the world. John Mahama has never disobeyed the culture and tradition of Mamprugu. That alone makes me fall for John Mahama. Arrogance, insults and lies never win elections in Mamprugu and the country at large.

The first teacher training college at Gambaga was set up by the NDC government. The positive impact of the college is unmeasurable. Nalerigu College of Nurses and Mid-wifery is gotten to its present stage because of the NDC government. NDC government from 2009 to date has connected 17 communities to the national grid as seven more are in the pipeline. The NPP from 2001 to 2008 connected 5 communities to the national grid. Insofar as electricity is concerned, the NDC is far ahead of NPP.

In terms of infrastructure, President John Mahama has provided two gigantic dining halls, one for Gambaga Girls Senior High and Nalerigu Senior High Schools. Roads in the principal streets of Nalerigu are 80% complete. So far, the road from Bongbini to Langbinsi is completed. The stretch from Langbinsi to Walewale is almost done. So the question I ask is, why the need for such wicked and malicious press release by the “ghost chiefs”.

The NDC government has the greatest economic, educational, social and traditional impact on the lives of the people of Mamprugu than any government that had ever ruled the country.

Ladies and Gentlemen, Alhaji Baba Seidu Issifu and John Mahama are our favourite candidates for the 7th December, 2016 general elections. There is no turning back.

In the field of health and agriculture, the people of Mamprugu are content with the Mahama Government.

I will leave the rest of the success stories for another day. 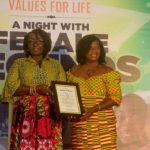 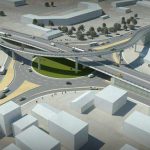