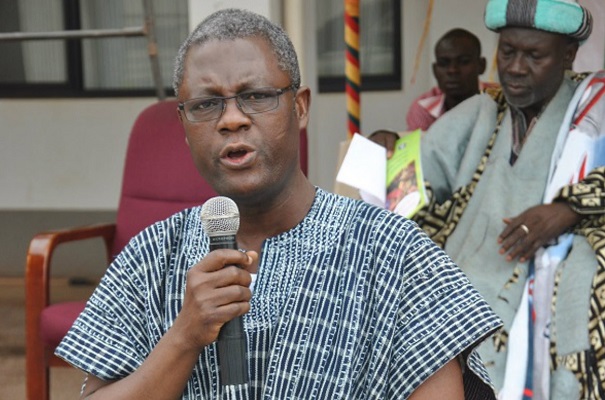 The Chief Executive Officer (CEO) of the Savanna Accelerated Development Authority (SADA), Mr Charles Abugri is advocating for Kintampo in the Brong Ahafo Region, to be made the national capital of the country.

He observes that the area is at the centre of the country aside its vast landmass and also accessible by other parts of the country.

Speaking at the World Tourism Day Commemorated on Tuesday September 27, 2016, he observed that the area is abound with enough facilities to be used as the country’s capital and therefore appealed to relevant authorities to take it into consideration.

“This is the centre of the country and very easy to reach. If ever we have a choice to relocate a national capital, this ought to be the national country”, he said.

His proposition concurs with a similar one by the Director General of the National Development Planning Commission (NDPC) Dr. Nii Moi Thompson who thinks the capital needs to be relocated.

A Former CPP Presidential Aspirant Prof Agyeman Badu Akosa is also among a tall list of persons who proposed that Ghana’s political and administrative capital be moved from Accra to an enclave between Gonjaland and the Brong Ahafo region.

“I have not been there but looking at the map of Ghana, it sits at the Geographical centre. It is my ‘peninsular’ of the Northern region surrounded by the Brong Ahafo region”, the Pathologist observed.

He said the enclave, which is bordered to the North and North East by the Volta Lake, has shores that can be beautified and not used for free ranged activities. It is surrounded by the South East and West by the Brong Ahafo region.

“The only way it is currently administered by the Northern region is by a trip from Tamale to Kintampo, Nkoranza, Ejura, Atebubu before one gets to this project of the East Gonja District. Let me reiterate that it will open up Ghana tremendously and reduce the tension that goes with overcrowded and ethnic tensions that have surfaced the present capitation from time to time”.

He believes that move will not only open up the country but also transfer development to other parts of Ghana.

“It would, in my view, open up this country for greater development; bring the country closer together; nowhere will be more than 400 km from the capital and will therefore have greater accessibility and bring the people together”, he argued.