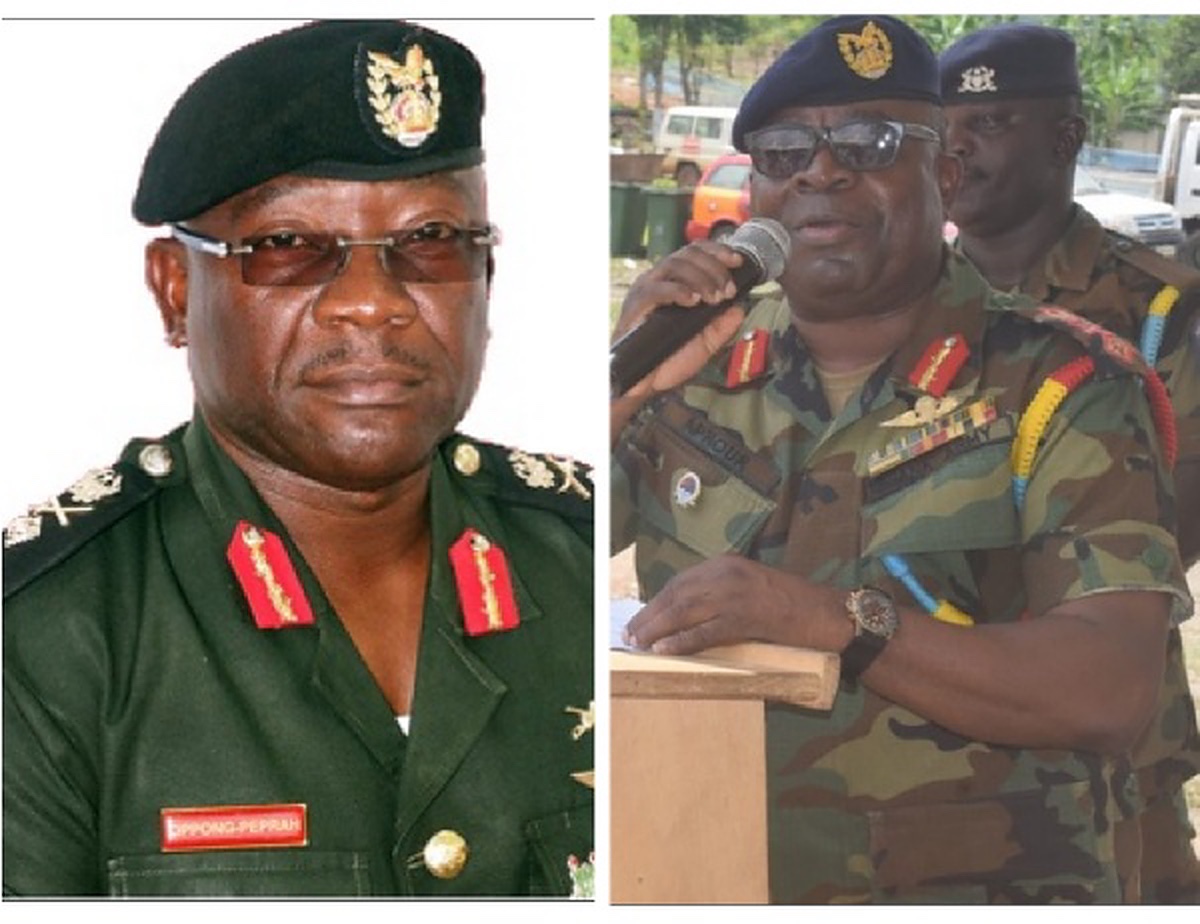 The former Deputy Attorney General, Dr Dominic Ayine has called for the dismissal of Chief of Army Staff, Major General Thomas Oppong-Peprah over the alleged participation of some military personnel in illegal mining.

The General Officer Commanding the Central Command headquarters in Kumasi, Brigadier General JK Aphour is also mentioned as deeply involved in the Galamsey activities with the soldier providing security for illegal Chinese miners.

The Herald, is indeed, informed about how the two close friends have become very powerful in the military at the behest of President Akufo-Addo, and this has seen them using soldier for illegal purposes including land guards jobs, Galamsey among others.

Dr Ayine’s comments come after a report that some military officers have been offering protection to illegal miners at the Manso community in the Ashanti Region.

Luv FM’s Erastus Asare Donkor, in his report on illegal mining popularly known as ‘galamsey’, cited some 30 security personnel who prevented the media and the Ministry of Environment’s Sustainability Taskforce from probing into illegal activities in Manso.

Speaking to Samson Lardy Anyenini, Saturday, Dr Ayine called for severe sanctions to be meted out the security personnel found liable of such illegal acts beginning from its leader.

“As the Commander in Chief, probably the first person the President should fire is his Army Commander,” he stated.

According to him, the President has failed to combat illegal mining since unknown persons in his government are behind actions that destroy the environment.

This he said: “After taking sites by galamsey operators, persons in connection with government took over those and started operating. People think this is one of the sites being operated by big pins of the government.”

Former MP for Ledzokuku Constituency, Bernard Okoe Boye who also spoke on the show ‘Newsfile’, however, says President Akufo-Addo has been and will remain resolute in the fight against illegal mining.

He indicated that the President’s undoubted fight against galamsey cost him some parliamentary seats in the just-ended parliamentary elections.

“He [Akufo-Addo] is not going to back down in this fight against unsafe mining because it cost him some seats or will make him unpopular to some people.

“This is a leader who believes strongly that we cannot allow our water bodies to be destroyed,” he added.

Again, he is of the view that some persons in government chain could, however, be frustrating the efforts made by the President.

“We have to find and expose those people. Because the president is passionate and serious about safe mining, I am absolutely sure he will be making the necessary calls and contacts,” he said.

Meanwhile, The Ghana Armed Forces (GAF) has launched investigations into reports that some of its members have been protecting illegal miners degrading the forest of Manso in the Ashanti region.

“Accordingly, a full-scale investigation has commenced into the allegations and appropriate sanctions will be handed out to any person(s) found culpable,” the statement indicated.

Related Items:
Share
Tweet
Share
Share
Email
My disagreement with Rawlings was over Atta Mills’ style of governance and nothing else – Omane Boamah
Keep faith in us, we will only serve your interests” – Ablakwa assures Ghanaians
To Top