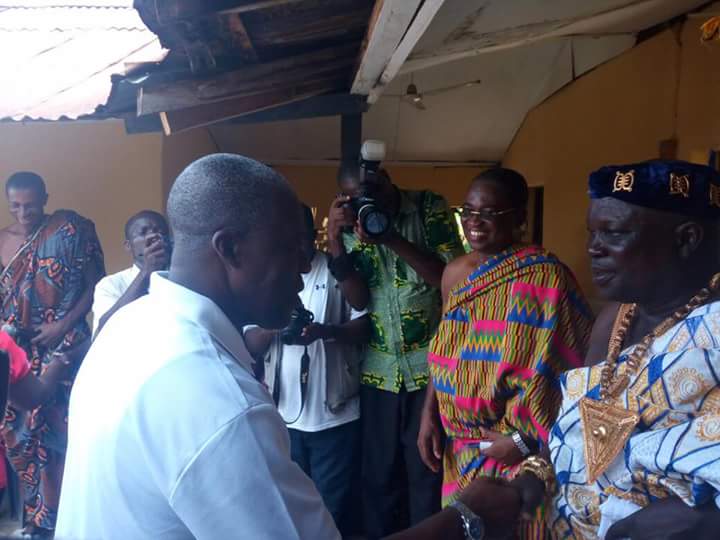 Consistency, Continuity and Commitment (3Cs) the developmental drive embarked by NDC under President Mahama in almost four years of his administration have yielded dividends. And has scored him high marks in the Akyem Kotoku Traditional area, an area that used to be the strong hold of the opposition NPP.

This fruition came to bear when Vice President Mr. kwesi Amissah-Arthur, who was on his day 2 of his 3-day tour in the Eastern Region, touched base with the chiefs and people of Akroso, Awisa Achiase , Akyem Swedru and Oda to pay homage ,interact and seek permission to introduce the various NDC parliamentary candidates to them for the December 2016 elections.

In with a united voice all the chief that Vice President Kwesi Amissah –Arthur paid courtesy calls at praised the NDC for the numerous development projects that it had had undertaken in the area.

Acknowledging that the NDC from 1996 has never had any parliamentarian in the area but they have not been discriminated when it comes to the share of the national cake, especially in an area that is predominantly an opposition New Patriotic Party (NPP) strong hold.

In all these places the Chiefs and people of the various towns pledged to give President Mahama, a resounding victory come 7th December 2016. They said what has necessitated the change of their voting patterns is because of the Goodwill of the NDC in the area of massive infrastructure development that they have witnessed. They said most of the promises that the NDC has been activated, while other projects are going on.

Addressing separate min rally’s in Akroso , Awisa, Achiase, Akyem Swedru and Oda — Vice President was consistent on the people of the area to vote massively for President Mahama for continuity and accelerated pace in development.

Mr Amissah- Arthur said “We are not here to sell the NDC to you, but there are ongoing project started by the NDC hence the need to give President Mahama four more years to finish it. So they must also go propagate the gospel of the NDC to others that have not heard.

“Every government has done its part but ours surpass everyone’s. You are all witnesses to it so if [Mr. Mahama] is seeking your mandate for another four years, let’s support him,” he stated.

He added: “We will not discriminate. The state resources will be shared equitably. Those in need of water will be provided with water whether they voted for us or not because they are also Ghanaians.

He called on the people of the area to vote massively for President Mahama to continue with his accelerated pace in development.

Touching on the performance of the John Mahama-led administration, the Vice President noted that “no government in our 4th republic can equal the track record of the NDC in the area of infrastructure development and economic boom.

Also speaking at the event, the Eastern regional chairman of the NDC Bismark Tawiah Boateng urged Ghanaians to retain the NDC come November since the party does not discriminate against individuals as exists in other parties. 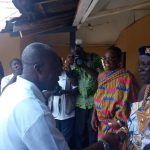 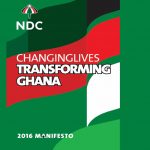