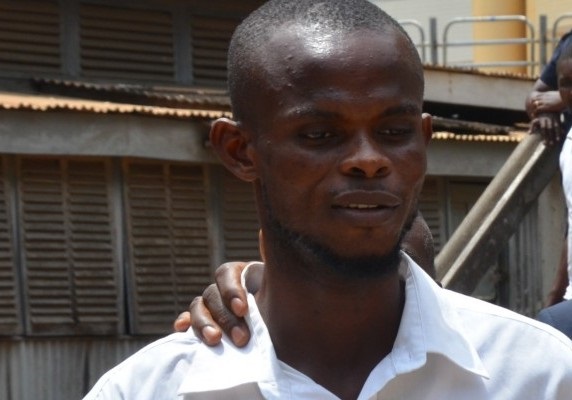 Chief Psychiatrist and Medical Director of the Accra Psychiatric Hospital Dr Akwasi Osei, has declared Charles Antwi, the mentally challenged man who carried a gun to the President’s church to kill him, as now mentally sound.

According to him, the effective treatment regime offered Mr Antwi at the Psychiatric hospital over the months, has ensured that he is mentally cured of his sickness and can now live a normal life.

An Accra High Court referred Charles Antwi to the psychiatric hospital for treatment after it quashed a judgment by a Circuit Court sentencing him to ten years in prison.

He had proceeded to the Ringway Assemblies of God Church were President John Mahama and his family worship to assassinate the first gentleman of the state, in order for him to become President of Ghana, a position according to his friends and family he has always claimed for years as rightfully his.

He was convicted based on his own plea of planning to assassinate the President and for the unlawful possession of a fully loaded locally manufactured pistol.

Charles Antwi’s conviction was met with much criticism following concerns raised about the state of his mental health.

In an interview, Dr Akwasi Osei gave Charles Antwi a clean bill of health saying he has responded positively to treatment and upon assessment he could safely conclude that the latter is mentally stable.

“We’ve conducted an assessment on him and we can confirm he is healed. Since it was the court that referred him to us for treatment, in the next one month or so, the hospital will write to inform the court of the current health status of Mr Charles Antwi. We can certify that he is no more a threat to society as he used to be” Dr Akwasi Osei stated.