President Nana Akufo Addo has expressed the country’s gratitude to ex President John Dramani Mahama for supervising a peaceful transition of power to his (Akufo Addo) government which assumed power on January 7, 2017.

According to him, irrespective of all the settlement issues surrounding ex President Mahama, he must be commended for seeing to a smooth transfer of power, a development which is not common on the African continent.

The Ghanaian media space was last week filled with news relating to the retirement settlement of ex President John Mahama following news that he’d requested that the residence in which he lived as the sitting president should be given to him as part of his retirement package.

The issue sparked agitation among a section of the public who urged President Akufo Addo to decline ex President Mahama’s request as it will set a bad precedence.

Following the controversy, Mr Mahama in a letter to President Nana Addo Dankwa Akufo-Addo rescinded his interests in his current place of residence, No. 3 Prestige Link, Cantonments and his proposed office, No. 6, 3rd Avenue , Ridge, all in Accra.

He explained that the requests have threatened the relationships between the current New Patriotic Party government and his former government.

“It would appear that these requests threaten to mar the spirit of cooperation with which we as co-chairs of the joint transition team have managed the smooth transfer of power from my administration to yours. I believe that this controversy is absolutely not needed in these early days as the government settles into office,” Mr Mahama wrote.

“I do recognise that these are facilities that are conventionally extended to presidents that leave office and I am also mindful of the approval by the Parliament of the republic of Ghana on Wednesday, January 4, 2017, at its 22nd sitting of the third meeting of the 4th session.

In the letter which was copied to the Asantehene, Otumfuo Osei Tutu II, Mr Mahama also accused some persons in government of creating the false impression that he requested to purchase the property.

But President Akufo Addo while speaking at a thanksgiving service organized for him by his chirch, the Accra Ridge Church on Sunday January 15, to thank God for his election and successful swearing in as the Fifth 5th President of the Fourth Republic said ex President Mahama must be celebrated for his statemanship. 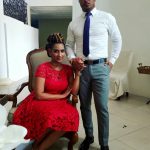