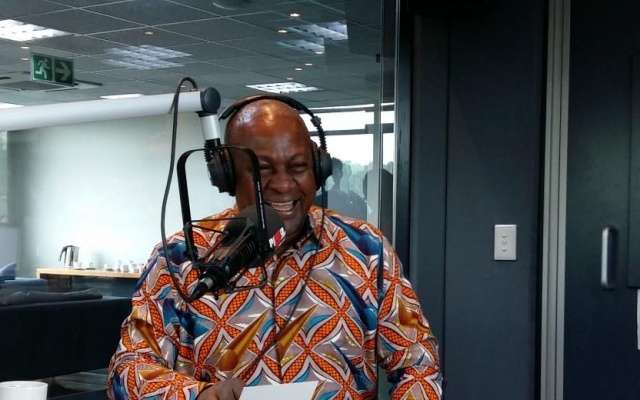 Former President John Mahama will soon be dropping the names of some members of the Functional Executive Committee (FEC) of the NDC who came to collect monies from him on several occasions on behalf of the party for campaign purposes in the run-up to the December 2016 elections, a source close to the Former President has told this paper.
The Former President has been compelled to tow this line of action after several reports that some members of the FEC have gone round telling people he failed to resource the party, hence the party’s defat at the polls.

These members of the FEC, according to sources, have also be telling some grassroots supporters of the party that President Mahama, instead, channeled funds directly to Parliamentary candidates and some voluntarily groups. But this, the source said, is far from the truth.

The Daily Post’s own enquiries and investigations have revealed that some senior members of the FEC constantly came for various sums of monies from the President for campaign activities which he gave out without let or hindrance. While receiving funds from President Mahama, they took delivery of hundreds of thousands of T-shirts from his wife, Mrs. Lordina Mahama. The T-shirts and other party paraphernalia were her personal contribution to the campaign effort.

While the President released cash, donated to him by his financiers, to a couple of FEC executives at various stages of the campaign, they never informed him even once of the billions of cedis businesses donated to the party through them.
The sources told this paper that on one occasion, a financier of the party came to the Former President with cash for the party. The Former President directed him to the party headquarters. The businessman proceeded to the party headquarters to make the donation but did not tell the two key members who received the monies he had been to President John Mahama’s house first. That very evening, the two sent for monies from the Former President for campaign activities. And they received it.
Investigations by this paper revealed that the FEC officials and another senior members of the party in charge of elections brought a budget of over GH¢11.6million (¢116billion) to the President to be paid to the party’s polling agents. They received the money. Each polling agent was to receive GH ¢200 agents never received this monies. Indeed, some of the polling agents did not even turn up for the exercise!
President Mahama is reported to have been shocked and saddened by the lies that are being bandied around by some of the FEC executives that he did not resource the party. It is this that has compelled him to decide to drop the names of those who received campaign monies from him and the amount therein.
He further finds the claims that the party was sidelined during the campaign when the General Secretary, Johnson Asiedu Nketia was the National Campaign Manager while the National Organizer of the party, Kofi Adams, was the National Campaign Coordinator.