Organised Labour has accused President John Mahama and his government of “taxing poor Ghanaians to death.”

Describing the recent energy sector levy act passed by parliament, as a result of which there has been a 27% increase in the prices of petroleum products, General Secretary of the Ghana Trades Union Congress, Mr Kofi Asamoah told journalists at a press conference to announce Labour’s industrial action plan, in protest to the recent hikes in utility tariffs, fuel prices and taxes, that: “There is a limit to what we can contain and it is important that people don’t take us for a ride.”

“We appreciate and know that the IMF, when they are in your country, if you don’t stop this, they’ll continue to bite us until we are dead. If you want to tax, don’t tax to death, you don’t tax poor Ghanaians to death,” Mr Asamoah said. Ghana signed a $918 million three-year extended credit facility programme with the IMF last year and has so far received three tranches of $114 million. The latest tranche was disbursed a few days ago after the IMF’s second review meeting with the government of Ghana.

Organised Labour, which will start its industrial actions by wearing red arm bands, followed by a nationwide demonstration and then a two-day strike, said: “Our actions are informed by the simple fact that, in our view, government has lost touch with the economic and social realities of Ghana and of Ghanaians and that is what happens to every Government and a country that leaves its economic and social policies to the dictates of the IMF.”

“And what are the facts? This year government raised public sector wages by 10%…with inflation at nearly 17%, there’s an expected 7% decline in public sector earnings. For workers in the private sector, the prolonged energy crisis has meant that most workers have either lost their jobs or are on the verge of doing so. In such situations, wage increases are difficult to obtain, in fact, in some cases, they are off the table. Organised Labour is not in denial of the need for some increases in utility tariffs, however, given the current situation of Ghanaians, we firmly believe that the levels of the current increases are unbearable and all we are asking government to do is to stagger the increases. This is not too much to ask.”

A few meetings between Organised Labour and the government ended in a deadlock, as a result of which Labour said “we are left with no other option than to proceed with our action plan to express our outrage to the insensitive taxes and increases in utility prices at this time of the year when workers and the average Ghanaian are at their most difficult economic end. These actions are intended principally to get government to reduce the utility tariffs and to withdraw the killer energy sector levy act.”

“On the energy sector Levy Act, which has occasioned very high and unjustified increases in fuel prices, our view is that it is a desperate and insensitive attempt by government to squeeze everything out of the average Ghanaian. The Act flies in the face of the so-called deregulation of the downstream petroleum sector,” Mr Asamoah added. 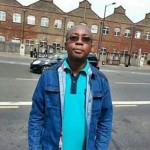