According to the Okyenhene, the development is hindering the progress of the Akyem kingdom.

Speaking at the Okyeman Congress at Bunso Saturday, the Okyenhene said some high profile persons from the Akyem area have been overlooked by the President in his appointments.

“We don’t have anybody who speaks for us in this government today. We don’t.

“Kwaku, (a known NDC member in the area) is a pure NDC member, but as he sits here, he is unemployed. If he had been given an appointment, I could go to him and ask for development for our community.

“But even he is unemployed. The prominent Akyem NDC member today, he is without a job. Let’s look at this critically. A person of Kwaku’s calibre, why must he be sidelined by the president in his appointment?” he wondered.

He continued: “The only reason I can assign is sheer mischief. Let’s rally ourselves and look after one another as Akyems. If you find yourself in an establishment where you can employ people, consider Akyems if they are qualified.

“When your Akyem sisters are looking for jobs help them get some. When they make it, they can contribute to the progress of the Abuakwa state and the nation as a whole. We the Akyems can boast of human resources; 3 members of the Big Six who fought to liberate Ghana were Akyems”. 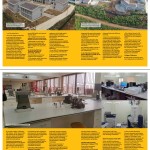