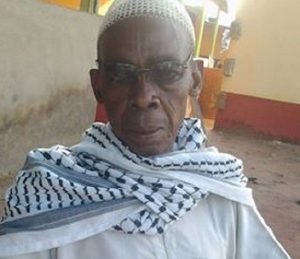 Alhaji Abubakari, a stern critic of the National Democratic Congress (NDC) who performed the Muslim pilgrimage to Mecca this year, has asked all Muslims in Bole- Bamboi constituency and Northern Ghana to support President John Dramani Mahama because of his good works for them.

Speaking on Nkilgi FM in Bole, Alhaji Abubakari said performing Hajj has been made easier for the people of the North disclosing that he did less than three hours from Bole to Tamale because the Sawla- Fufulso road is now a first class one and did not believe he travelled from Tamale to Saudi Arabia straight to perform the Hajj.

Alhaji Abubakari who is known to be a principled and honest man said he rejected all persuasions by NDC leading members including the founder of the party and first Chairman for the Bole-Bamboi Alhaji Meijida who is his cousin, and Alhaji Abudulai Allah Kabo who is a former Bole-Bamboi Constituency NDC Vice- Chairman to join the NDC but now feels it is an obligation to let the world know about the good works of President John Dramani Mahama.

He added that he bought his own ticket to perform the Hajj at Mecca and so no one should misconstrue his current stance as someone that has been influenced with money.