The first gentleman of the land addressing a National Democratic Congress (NDC) rally in Koforidua in the Eastern Region said he disagrees with the claim of him always ‘copying’ the policies of the opposition.

To him, he has not been copying the NPP’s message but rather implementing what he termed ‘the promises given by the NDC during the 2012 elections.’

“Someone [Nana Addo] claims I am a copycat President… there is no litigation on this, you promised free education and I said it is in the constitution that it should be progressively free, is the progressive free education not what we are doing…,?” he asked.

President Mahama further said the building of the free day SHS schools forms part of the progressive free education and the access he promised in 2012, adding that ‘240,000 vacancies would be created for Ghanaian children once the 123 free day schools are built.”

Nana Addo during a radio interview in Accra accused the NDC of ‘stealing’ the ideas of the opposition party and implementing it badly.

Nana Addo claimed the Savanna Accelerated Development Authority (SADA) programme and the free education policies were all ‘stolen’ from the NPP but yet implemented badly.

“Look at what has happened to the SADA, they have badly implemented them…the free education has now turned into progressive free SHS policy…,” he said.

This attitude of the President, Nana Addo said has led to the NPP restraining itself from further making public some of its policies and ‘we would only implement them when we assume the reins of power.’

But these claims, President Mahama said were untrue and he has encouraged Nana Addo and the NPP to feel free and state their intentions for Ghanaians.

“This is not a copycat matter, if he wants to say his policies, he should, we are also on track to fulfilling our promises…,” President Mahama added. 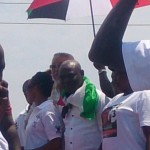 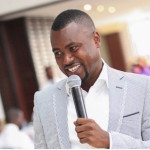