A lecturer in history and political science at the Kwame Nkrumah University of Science and Technology, Dr Samuel Adu-Gyamfi, has asked President John Mahama to personally get involved in resolving the protracted Dagbon chieftaincy crisis in the Northern Region.

Dr Adu-Gyamfi made the suggestion on the Executive Breakfast Show (#EBS) on Class91.3fm Monday, January 25, while commenting on the revival of tensions between the Andani and Abudu Royal gates in Dagbon.

“You will need political leadership today because governments come to office, and you will need that chief executive of the country to say that I am interested in making sure that that part of my country, which I preside over has a lasting peace and I will allow for independent and proper adjudication of justice by the application of the traditional or customary wheels of justice and current or legal means of justice to run in tandem, to bring whatever impasse that has existed over the period to a halt,” he told host Ekow Mensah-Shalders.

Dr Adu Gyamfi said the national security, the President, and other eminent people must get involved in solving the Dagbon crisis.

According to him, this will help bury the historical perception that the two gates are, respectively, affiliated to the two main political parties in the country.

The protracted Dagbon crisis, which has been on the low for a few years now, may escalate as tensions continue to mount between the Andanis and Abudus.

This began when some people from the Andani Royal family recently called on government and national security to intervene to avert any violent clashes after the Abudu Royal family served notice that they will forcibly enter the Gbewaa Palace to perform the funeral rites of late regent, Naa Abdulai Muhamadu IV.

The group from the Andani side said the royal family is prepared to square off with the Abudus should the need arise. 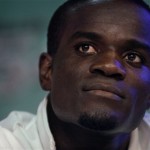