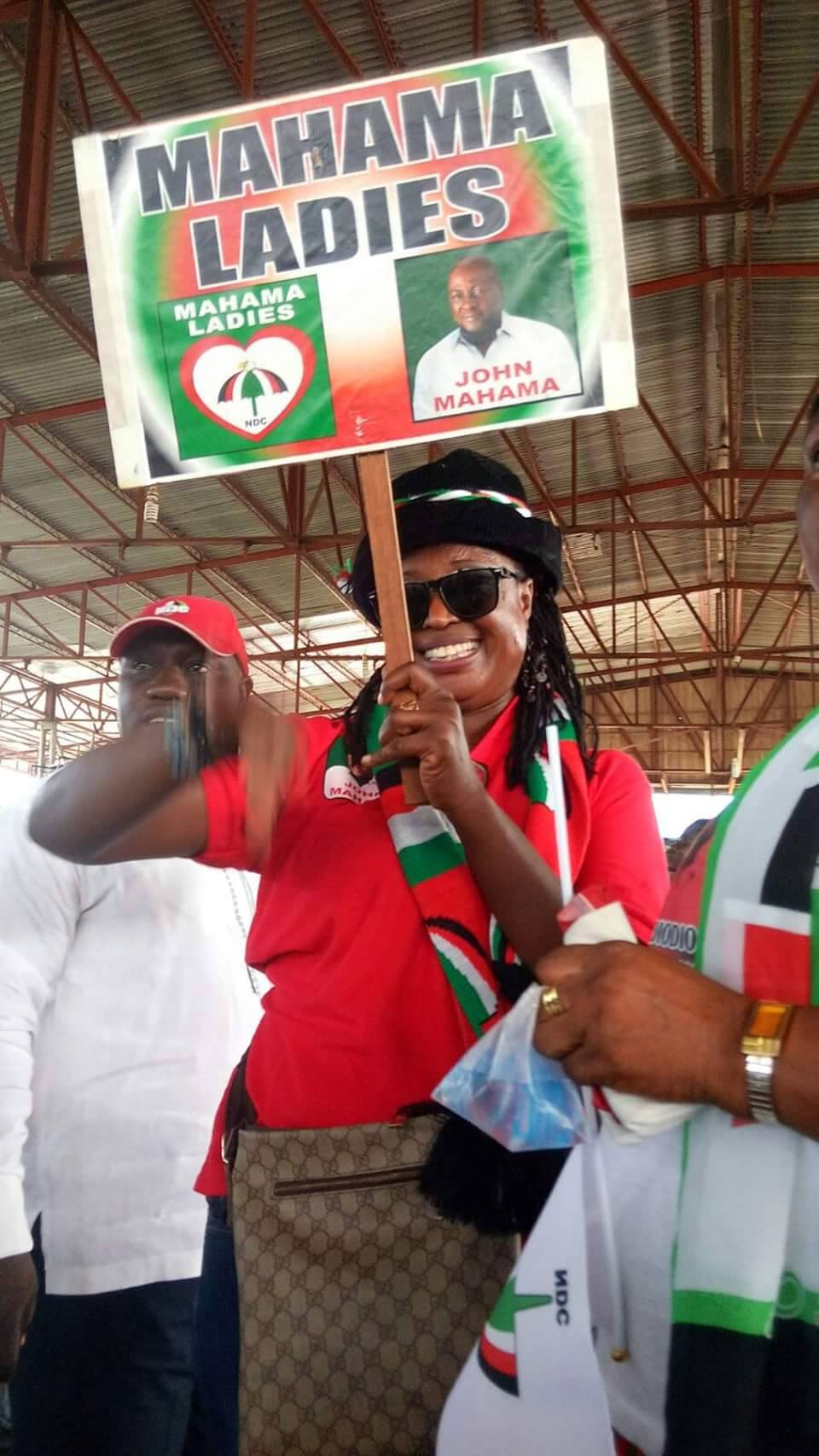 Mahama Ladies is an organization that supports the women front of the ruling National Democratic Congress. We are upbeat and focused on seeing H.E John Dramani Mahama re-elected President on November 7, 2016.

We are confident that Ghanaians will reward H.E John Dramani Mahama with a second term bid giving the numerous infrastructural developments he has embarked on that has brought respite to all and sundry despite the grueling challenges his administration has faced.

While we take solace in the words of H.E John Dramani Mahama’s words that there are still a lot of work to be done to lift the country from the doldrums, we are not oblivious of the momentous roles women have played, especially in the 21st century, towards the growth and development of their countries.

Indeed election demographics and census project women as the deciding factors in election. In the light of this, we are poised to support any woman contesting the impending parliamentary election on the ticket of the NDC.

As a group made up of mainly women, we are motivated by the aforementioned premise to take a stand and solidarized with Dr. Zanetor Rawlings as she scales through the ugly jaws of politics to get elected as the first female Member of Parliament for the Korle Klottey constituency.

As an astute medical doctor, we know her capabilities which she has so far demonstrated since she acquiesced to calls on her to lead the NDC into the 2016 election as parliamentary candidate. We will like to assure her that we stand by her in the midst of the stiff battle being waged against her candidature.

The NDC has a flagbearer and First Lady that have development and growth of women at heart and we are motivated by this reality to stand with her till the battle is won. We call on our ever supportive men to join hands with us in solidarity with Dr. Zanetor for change in Korley Klottey.