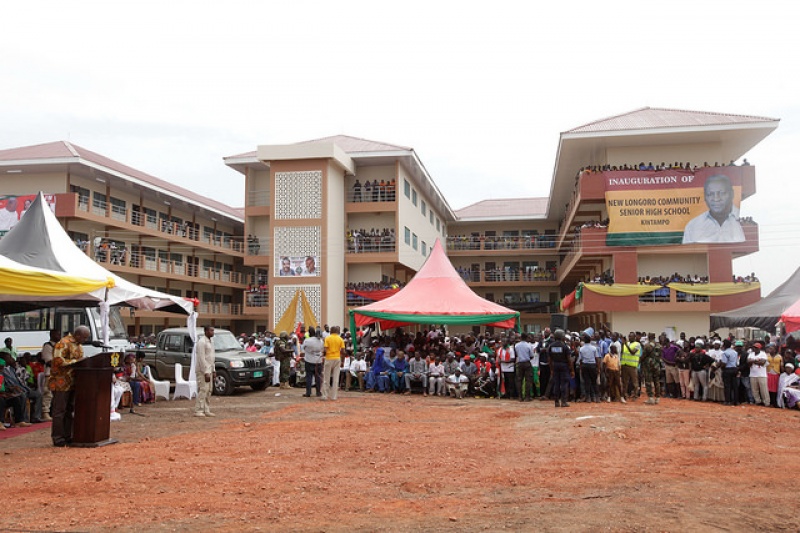 President John Dramani Mahama, on a four-day election campaign tour of the Ashanti Region, has inaugurated a community day senior high school (SHS) in Pakoso in the Asokore-Mampong municipality. This brings to five the number of community day SHS completed out of the total of 13 being built in the region.

The government in an election promise made in year 2012, said it was going to construct 200 such schools to promote accessibility and quality of education in the country. Currently 42 of the schools are now ready. President Mahama said the completed schools were expected to admit in excess of 4,300 fresh students, this academic year.

He indicated that the Finance and Economic Planning Ministry, had given financial clearance for the recruitment of teaching and non-teaching staff for those new schools. He said the day schools, which come with science laboratory, library and teachers accommodation, would provide space for the enrollment of more students’.

Meanwhile, work is steadily progressing on additional 60 of them and he gave the assurance that they would soon be completed. He said the massive education infrastructure development alongside free distribution of school uniform and stationery, demonstrated his Administration’s strong conviction of the critical role of education in socio-economic development. He announced that over 100 million exercise books had been supplied to school children across the nation, within the last four years. President Mahama, who used the occasion to hand over a Scorpio pickup and an Eicher bus to the school urged support for government’s education programmes and interventions.

Mr. Alex Kyeremeh, a Deputy Minister of Education, said significant progress was being made in efforts at improving academic performance of students. Nana Boakye Amponsah Okoforoban III, chief of Pakoso, hailed the construction of the school and said it would serve not only the community but other communities such as Abirem, Aprade, Asokore-Mampong, Achiase and Fumesua. – See more at: 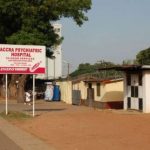