President John Dramani Mahama is in Malta for the 2015 Commonwealth Heads of Government Meeting (CHOGM Malta 2015).

He is being accompanied by the First Lady, Mrs. Lordina Dramani Mahama and the Minister for Foreign Affairs, Hanna S. Tetteh (MP), an official statement from the Flagstaff House announced.

The theme for CHOGM Malta 2015 is “Adding Global Value”, which the Commonwealth Secretariat explains is about using its “strengths in international politics to influence and eventually effect change on important global issues.”

CHOGM Malta 2015 will be opened on Friday morning by Her Majesty Queen Elizabeth II, after which President Mahama and his colleagues will begin discussions on how best “to unify the Commonwealth behind an ambitious policy agenda that bequeaths to our young, a life of liberty, dignity and prosperity.”

The Commonwealth is a voluntary association of 53 Independent States, which came together after the decolonisation of the British Empire and is headed symbolically by HM Queen Elizabeth II.

From Malta, President Mahama will travel to Paris, France for the 21st Conference of the Parties (COP 21) of the UN Conference on Climate Change.

The statement did not mention when the president is due to return home. 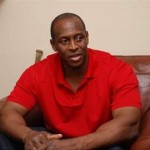