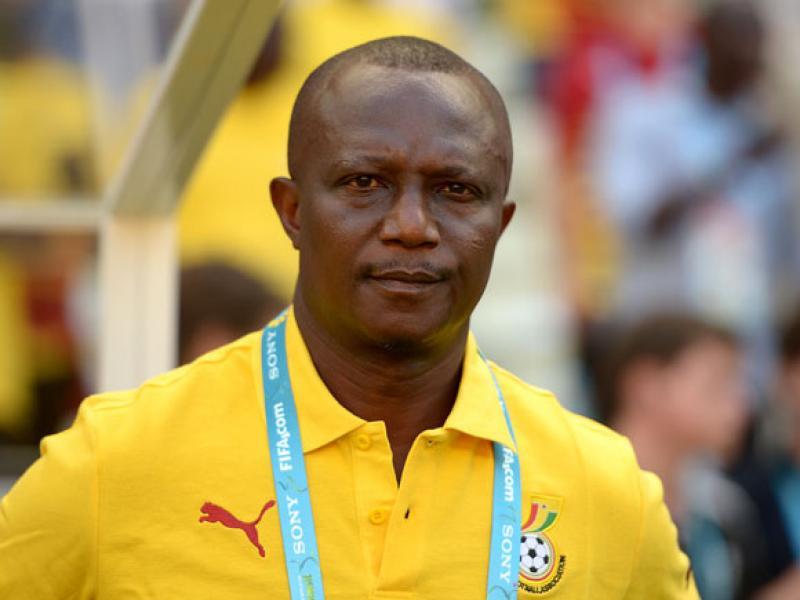 I find it very intriguing that former Black stars Coach, James Kwesi Appiah would believe former GFA President, Kwesi Nyantakyi for a reason he claimed caused him (Appiah’s) job in 2014; that H.E. John Mahama’s asked the FA President to sack him as coach.

For me, unless someone produces an evidence, there’s no way H.E. John Mahama would have made that request. They autonomy of the FA is clear, unambiguous.

It was the time that Kwesi Nyantakyi would the least thing write to report the Prof Mills/Mahama regime to FIFA for political interference.

That claim as stated by Kwesi Appiah was purely one of Nyatakyi’s numerous schemes to outwit unsuspecting persons.

I am reliably told that prior to Kwesi Appiah’s 2014 departure, he met Kwesi Nyantakyi at the latter’s Asylum Down private office and at that meeting, the former GFA President told Kwesi Appiah that the FA Executive Committee Members were not impressed about his performance as a coach and that the Committee members wanted him to go.

The FA President after supposedly relaying what was an FA Executive Committee decision to Appiah proceeded to offer an option that Kwesi Appiah should put in a resignation which the former Black stars Skipper & Defender declined, saying he preferred the FA President announcing it to the public which we are told Nyantakyi did through a text message soon after Kwesi Appiah exited his office.

Prior to that, the Central Regional FA Chairman, Kojo Yankah alluded to a different reason why Kwesi Appiah was relieved of the job, saying that they – the FA members were disrespected by Kwesi Appiah over plans to get him, Appiah a Technical Director.

According to Kojo Yankah: “Kwesi Appiah was sacked because he disrespected us during the Black Stars press conference in Kumasi prior to the Ghana-Uganda Afcon qualifier; in a reaction to a question concerning whether he suggested the need to get him a technical adviser or not, Kwesi said it wasn’t his idea and even if the nation has money to hire him ten advisers he welcomes them. As members of the Executive Committee we felt insulted and that influenced our decision regarding his future as the Black Stars trainer,” he told Hot FM in Accra.

Now, Christopher Opoku (may his soul rest in perfect peace) who had been a keen follower of the development in an article wrote;

According to my informant, Cudjoe Fianoo is the only Executive Committee member who could say that he wasn’t aware because at the time the decision was taken, he was out of the room seeing to a visitor.

I am reliably informed that Randy Abbey was also not in the room when the decision was made to part ways with Appiah.

Nyantakyi then warned members of the Executive Committee not to leak the information because Appiah had not been informed.

Unfortunately for them, news broke later that afternoon that Appiah had been sacked whilst the former Ghana captain had no idea that this was the case.

As everyone knows now, Nyantakyi contacted Appiah later that night and met him the following day in his office to inform him about the decision.”

This couldn’t have come from H.E. John Mahama but from Kwesi Nyantakyi who was fixated on an upcoming GFA elections and needed a message to convince delegates for votes and so had to sacrifice Kwesi Appiah, in whom all the confidence had been expressed few months earlier at the post 2014 World Cup press conference.

It has been almost 6 long years, even if for nothing at all, the Tiger Eye’s “Number 12” expose’ and how a whole FA President, Kwesi Nyantakyi was running his mouth in the video, that provides some grounds for Kwesi Appiah to disbelieve or suspect Nyantakyi’s claim over him being sacked at JM’s request.

Recalling Nyantakyi’s statement to the Police where he concocted a lie that Tiger Eye agent claimed he has been paying bribes to the opposition NDC and its Flag bearer, that was where Nyantakyi’s true character get Revealed.