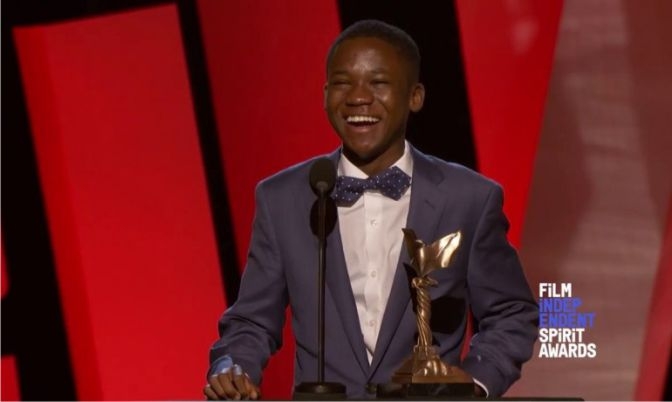 President John Mahama has joined the long list of Ghanaians and other well wishers abroad commending and encouraging young Ghanaian actor Abraham Attah, for his strides in the global film industry.

Attah has recently featured prominently on various global awards stages and picked some nominations and awards including the best male lead at the Independent Spirit Awards and the Marcello Mastroianni Award for Best Young Actor at the Venice film festival.

The icing on the cake perhaps was the opportunity to present an award at the Oscars.

He wore a customized pair of TOM shoes to the event and in return, the company will donate 10,000 pairs to needy children in Ghana.

The move has attracted applause from a cross section of Ghanaians and President Mahama was also impressed. The President said on Twitter, “Congrats @AttahNii. Such a positive positioning of the Ghana Brand. We can do with many more Abraham Attah’s. #BeastsOfNoNation”

The 15-year old, who was assisting his mother by selling on the street with no acting background, shot to fame after getting a role in ‘Beasts of No Nation’ a movie shot in Ghana by Netflix.

Attah acted alongside celebrated Hollywood Actor, Idris Elba. The movie has since won several awards both in Ghana and Europe. Attah and Idris Elba have picked several individual awards.

Over the weekend, the two picked up another award at the Film Independent Spirit Awards. Attah also had the rare privilege of being at the Oscars where he was selected to present an award.

More important for Attah however, is the fact that he has secured himself another movie role via American director Shane Carruth’s adventure film, “The Modern Ocean” where he will be starring alongside Anne Hathaway, Keanu Reeves, Daniel Radcliffe, Chloe Grace Moretz, Tom Holland, Asa Butterfield and Jeff Goldblum.

He will also star in a short film titled “Out of the Village,” by a first time director called Jonathan Stein. 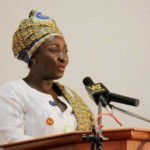 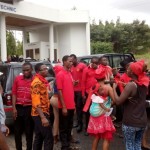