The Mahama administration is only beaten by the Nkrumah government in the area of educational infrastructure development, Kwesi Pratt Junior has observed.

According to him, it is an undeniable fact the NDC government has contributed more to the education sector that every other government since the 4th republic.http://ghanapoliticsonline.com

The comments come on the back of the commissioning of the 4th out of the promised 200 senior high schools to be constructed by the government.

President John Mahama during the 2012 electioneering promised to construct 200 new senior high schools across the country. He said the move is intended to increase accessibility of education to Ghanaians.

Speaking on Radio Gold’s ‘Alhaji and Alhaji’ current affairs programme Saturday ,the managing editor of the Insight Newspaper said the government deserves commendation for the efforts it is making in the education sector.http://ghanapoliticsonline.com

“It is a fact that beyond Nkrumah this is the government that has made the most investment in education; that is the fact,” he stated. 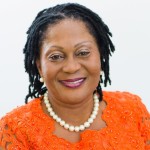