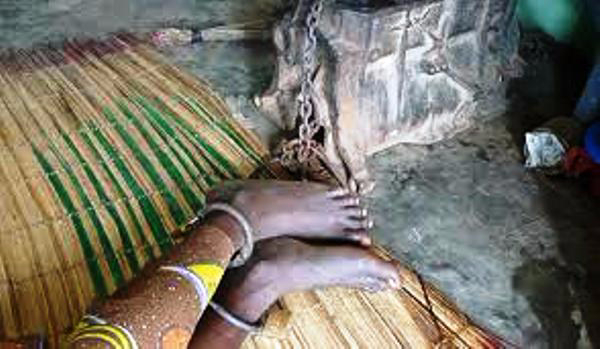 The madman, after allegedly killing the school girl, was said to have taken the body to the bush, cut it into pieces and cooked it and ate it with kenkey and banku.

An uncle of the girl, Yaw Sarpong, confirmed the tragic incident to the media saying that the alleged madman prepared the body for con­sumption.

“After searching for my niece for three days, we later found her body parts in the bush where that man lives. He had roasted some parts of the body while the rest was in a stew the mad man had prepared,” he said.

Yaw Sarpong said the suspect fled when he saw the search party only to be arrested Wednesday.

The body was found partially decomposed in the bush after a week of search by her parents and members of the community.

A farmer reportedly spotted the parts of the body with gallons and leaves used to wrap banku and kenkey in a saucepan.

The farmer then raised an alarm causing residents to troop to the bush to witness the horrific sight.

He went to the Akyem Asafo police station to report the matter.

This was confirmed to Daily Guide by the father of the deceased, Kwaku Feni, a 70-year-old widower.

He said the little girl was sent by her aunty, Cecilia Ama Afasi Adu, on Tuesday, January 26, 2016 to fetch water but never returned.

The Suhum Police Com­mander, Superintendent Yahaya Muchiraru, briefing Daily Guide, hinted that his outfit had deployed his men and the youth into the bush to search for the alleged madman.

The mortal remains have since been deposited at the Police Hospital for autopsy.