The deportation of the 2016 National Campaign Manager of the governing New Patriotic Party, Peter Mac-Manu from Kenya seems to have created some form anxiety in that country.

Mac Manu who was leading a team of election observers was prevented from entering Kenya which has its election scheduled for Tuesday, August 8, 2017.

Earlier reports suggest that Mac Manu was denied entry because of his role as Honorary Chairman of the Democratic Union of Africa, an umbrella body of centre-right parties in Africa which include some opposition parties in Kenya.

Meanwhile, Godfred Akoto Boafo, a Ghanaian journalist and editor of Business Insider news portal in Kenya told Bernard Avle on the Citi Breakfast Show that rumours suggest that Mr Manu was deported because he was “allegedly meddling” in the Kenyan election.

“…there had been rumours that the governing NPP in Ghana was meddling in the affairs, as has been referred to by the ruling party here in Kenya that they [Mac Manu and the NPP] were helping the party of Raila Odinga in Kenya. This has not been substantiated but a lot of newspapers here have carried stories that somebody like Joe Anokye who had helped the NPP in their strong room during the 2016 election had been flown to Nairobi and this has led to the Kenyan government not being receptive to members of the NPP at the moment. And I think is what contributed to certain members of the NPP being red flagged at the airport, one of them being Peter Mac Manu,” he added.

But the NPP had rejected such claims saying Mac Manu was not meddling in the Kenya election. 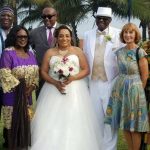