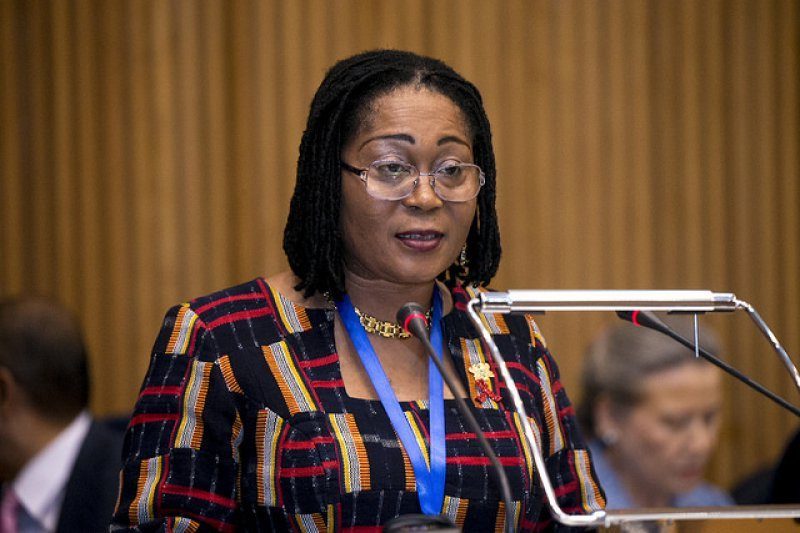 The New Patriotic Party (NPP) has alleged the First Lady, Lordina Mahama, is using millions of Ghanaian taxpayers’ money to buy votes through the sharing of gifts.

At a press conference held at the party headquarters in Accra Wednesday, the acting General Secretary, John Boadu, expressed concerns over “the lavish gifts” being shared by Mrs Mahama across the country.

He said, “The wife of the President of the Republic is going around the country, with a fleet of trucks load of goodies, which she is sharing for votes. These run into millions of dollars.”

The NPP has, therefore, called for full disclosure on who is funding the charity bonanza.

“Ghanaians deserve to know. How much is being spent. Who is paying for it? Where is the money coming from?” he asked.

“The NPP”, John Boadu said, “is all for charity work, but, Ghanaians also have the right to question the timing of the escalation of the First Lady’s gifts-sharing expedition and the volume and costs of the gifts being shared.”

The NPP reminded Ghanaians of what happened in 2012, where the NDC broke the bank, built a record 12% deficit from which the nation still hasn’t recovered.

“In 2012,” he recalled, “we saw how over the last four months to the polls, some $4 billion dollars that was not budgeted for was taken out of state coffers and spent in a desperate and reckless attempt for Mahama to hold on to power. We all remember the stories of GYEEDA, SADA, Woyome, etc.”

He added: “What is even more worrying is the silence of the President. The NPP argued that to refuse to disclose the sources of funding for the First Lady’s charity work is to add to the perception that the root and head of the corruption overwhelming the country is indeed the First Family.”

Mr Boadu, who is also Director of Operations for the NPP campaign, said, “The President was silent on why babies are dying in our hospitals because there are no incubators or oxygen. The President did not explain why students in boarding schools are left to starve, whiles his wife, the First Lady can find money to travel across the country giving away election year goodies.” 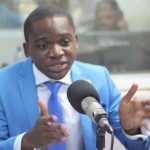