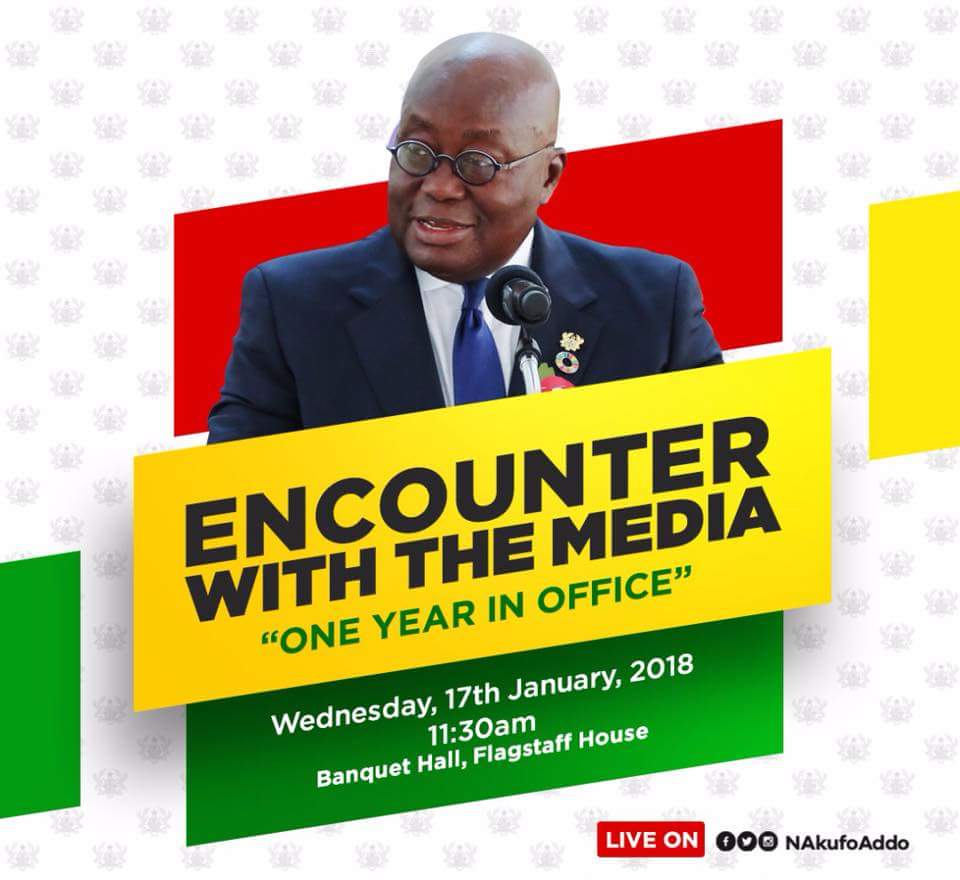 President of the Republic of Ghana, Nana Addo Dankwa Akufo-Addo is currently in a meeting with journalists in the Flagstaff House to respond to questions as he marks a year in office.

The President is being quizzed on controversial issues which cropped up in his first year in office and will further answer questions on the progress of government’s flagship programmes as well as queries on the current state of the economy.

A similar exercise was conducted in July 2017, where President Akufo-Addo promised to meet the journalists in the country every six months in the entire duration of his tenure as President.

The GHC800,000 budgetary allocation for the creation of a website for the Special Development Ministry, and the recent “cash-for-seat” scandal in which the Trade Ministry has been accused of extorting amounts of up to $100,000 from expatriates to enable them sit close to President Akufo-Addo at an awards ceremony, have also courted public attention.

Unemployment continues to be a major headache for many especially the youth in the country despite government’s assurance of creating thousands of employment.

The President has said that his administration laid the foundation for jobs in his first year in office but with Vice President Dr. Mahamudu Bawumia recently acknowledging unemployment as a national security threat, the President is expected to be queried on the government’s attempts to address the situation.

One year after the New Patriotic Party took over the administration of the country, not even one former appointee of the previous government have been jailed despite constant accusations of corruption against them when they were in opposition.

The recent nomination of Martin Amidu as the country’s first Special Prosecutor and charging of some former officials of the NCA might have raised the hopes of Ghanaians in the government’s commitment to the fight against corruption but the relative lack of prosecutions might be on the agenda tomorrow.

Journalists are expected to quiz the president on these and many other issues including government’s handling of the economy in the last one year. 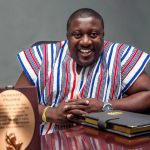 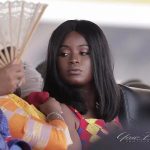