Although Liverpool’s statement did not specify the duration of the extension, Britain’s Press Association said that Mignolet’s new deal meant he would stay at Anfield for a further five years until 2021.

The Belgium international had more clean sheets to his name than any other Premier League goalkeeper in 2015, but recently he has found himself in the firing line after making some high-profile errors.

However, he now finds himself still very much a part of new Liverpool manager Jurgen Klopp’s plans.

“I’m very pleased that I can be at Anfield and a part of Liverpool for a long future. I’m happy to commit my future to LFC,” Mignolet, 27, told Liverpool’s website.

“I know signing a new contract comes with new responsibility. I’m getting older as well and coming into the years where people would say those are the years a ‘keeper is at his best.

“I know with a long-term contract you get more responsibility – and I want to take up that role because I’m the sort of character that wants to be a leader, wants to speak in the dressing room and wants to help the defence.”

Mignolet added: “I’ll try to work hard together with the goalkeeping coach and staff here, who are behind me and have given their confidence with a new contract.

“I would like to thank them for that but you can’t really do that with words, you have to do that with performances on the pitch and that’s what I’ll try to show.” 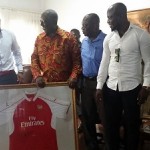 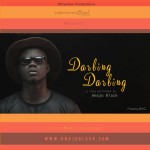