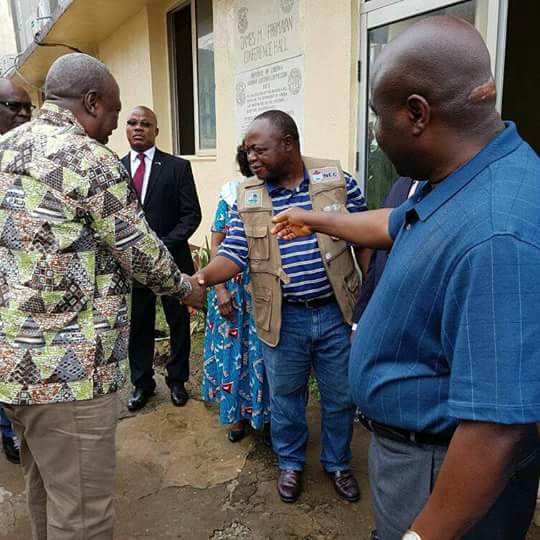 Presidential candidates for the October 10th Liberia elections have made a number of promises to the electorate including promise to revive the economy and provide jobs. These were issues that topped the recently held debate. A fall in the prices of iron ore one of the country’s biggest export has pushed the economy to a crisis situation. The candidates have promised to revive the ailing economy. MacDella Cooper has said she will tap into other lucrative sectors. She said, she will focus on the agriculture industry, ecotourism and the fishery industry, Alexander Cummings of the Alternative Congress has promised to create jobs and expand the economy. Joseph Boakai of the ruling United Party and George Manneh Weah did not show up for the debate but have also promised to revive the troubled economy. Politicians always dream wonderful visions of the future but to articulate them is what matters. Liberia needs leaders of John Mahama of Ghana and Paul Kigame of Rwanda type. A leader who can bring his/her vision into being. More than words are needed for a vision to take form in today’s Liberia. It requires leadership and heartfelt commitment. We saw how Ghana’s economy and infrastructure transformed under its former President Mr John Mahama. He was able to put his country on that pedestal because how he effectively manifested his vision. He created specific, achievable goals, initiated action and enlisted the participation of others. That strong inner convictions and mysterious inner process within the former Ghanaian leader enabled him to work his magic and radiated the charisma that mobilised his people for a higher purpose. I lived in Ekwe in the Western Region of Ghana for six years. I saw the deplorable roads and their death trap schools. Recently when I visited the place, I wept for my nation Liberia. The place has transformed, all the bad roads have been asphalted, new schools built, modern markets provided the people, new hospitals built for the people.

I am advising my fellow Liberians based on what I witnessed in other African leaders during my travels with the President as a member of the President’s media team. All the candidates vying to lead Liberia have enough experience to lead us to position we all envisage. Veteran Boakai served as Agric Minister under Charles Taylor, Weah is no more a novice, Brumskine is another astute politician. From all indications the larger population is yearning for change. We need a leader of John Mahama or Kigame type to lead the transformation agenda.

We need a social innovator and a real change agent. We need a leader who search for solutions that transcend the usual adversarial approaches.