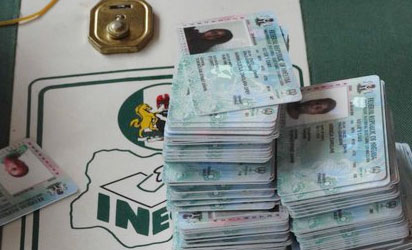 The Bayelsa state governorship election has finally ended with the declaration of Governor Sieraki Dickson, the candidate of the Peoples Democratic Party (PDP) as the winner of the election. Before the contest, a number of perverse things took place.  One of them was the reported bombing a few hours to the election of the country home of the Speaker of the State House of Assembly, Kombowei Benson, which was attributed to the handiwork of some masked men.

That was Benson’s version. However, a group, Patriots of Ijaw Nation (PIN), accused the Speaker of accommodating some former militants from Delta and Rivers states at his country home ahead of the polls. With the confirmation by alleged Police sources that a high calibre improvised explosive device must have been used to bomb the edifice, one can imagine that the attack may have been carried out to neutralize the perceived power of Benson. In which case, it was the case of one set of politicians versus another in the unending game of political violence in Nigeria which usually leaves some citizens dead whenever powerful people want to get into political office.

Accordingly the deaths notwithstanding, Dickson is set to assume office having officially received from the electoral body, his certificate of return. In his post election speech, the governor-elect attributed his victory to two significant factors. The first, he identified as the work of God to whom he dedicated his victory. The second was the determination of the people of Bayelsa to return him to office. He ought to have named the third factor which played the biggest role, but he probably took it for granted or forgot to name it. But in reality, there is hardly any Nigerian politician that does not owe his victory or defeat at an election to this crucial third factor which is the death of fellow citizens.

Oh, yes! In any election in Nigeria, some people must as a routine die so that one candidate can emerge victorious. Similarly, for someone to lose an election in our fatherland, another group of citizens have to die. Although, we are all supposedly equal citizens of one nation, unconscionable deaths must happen in spite of repeated declarations by our political class that no citizen’s ambition is worth the blood of another. Unfortunately, Nigerian politics, attaches no meaning to human life

The options open to us are just two. One is to amend our constitution to clearly state how many deaths should produce victory and how many to be allocated to defeat. The other option is for the Nigerian people to rise up now and say NO to more deaths. The first choice may be easier to achieve because the politicians who sponsor the killings are also the people who are in power that can do and undo. So, they can with ease mobilize the legislature which is one of their domains, to deal with the subject in the latest round of constitutional amendment which the Senate reportedly commissioned a few days ago. Not much energy is needed to handle it; after all, the 7th National Assembly last year, passed 46 bills in 10 minutes.

It is only if we opt for the second option that our choice may never yield any results because of a number of factors. The first of the factors is the honest pursuit of free and fair election; not the elusive slogan of ‘one man one vote’ that is mouthed without action. Electronic voting which is what everyone does elsewhere cannot work for us because our leaders think it can disenfranchise the majority of our people who are uneducated and unfamiliar with technology except GSM, cashless banking, e-passport etc. Painfully, technology-assisted election which will never be allowed is what we need to move forward.

The other issue which would work like magic is to make our political office virtually ‘un-lucrative’. The other day, I told a friend of mine that if government throws a kite by announcing a reduction in the price of petrol, subsisting fuel queues would vanish in hours. I don’t know if one of the advisers of Ibe kachukwu, our oil minister, is a cleric who hears what anyone says, but government perhaps, by coincidence did so and behold petrol stations were virtually begging us to come for fuel.

We have always known that fuel mafias are the people extorting us all. In the same way, political violence and sacrificial killings for electoral victories will vanish the moment we make a newly elected or appointed politician into office to begin like every public officer in the other two arms of government on grade level salaries. Not being career public officers with security of tenure, their entry point could be enhanced, but the old order where an illiterate legislator can earn a newspaper allowance that is the equivalent of the salary of a director must end. Indeed, all political office holders should be volunteers who are eager to serve selflessly.

It is not hard to do because many well meaning Nigerians have in the past held offices and donated their salaries to charity. I remember with every respect, the exemplary posture of Prince Bola Ajibola SAN, former President of the Nigerian Bar association. He remains the longest-serving Attorney General and Minister of Justice, who selflessly served his fatherland for over six years as a minister of the Federal Government without taking home any salary.

What he did remarkably was to pay back to the Federal Government, 35 per cent of his regular monthly salary, 25 per cent to the Nigerian Bar Association and 40 per cent to charitable/humanitarian organizations all over Nigeria, including the Association of the Blind, Red Cross, Red Crescent, Muslim Aid Group, societies for the disabled in Lagos and Benin etc.

There are many undeclared Ajibolas but they are not in politics and it is only such selfless people that can bring to an end the recurring deaths in our election process. If we find them and power them, our brutish politicians would be tamed. 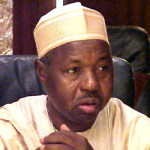