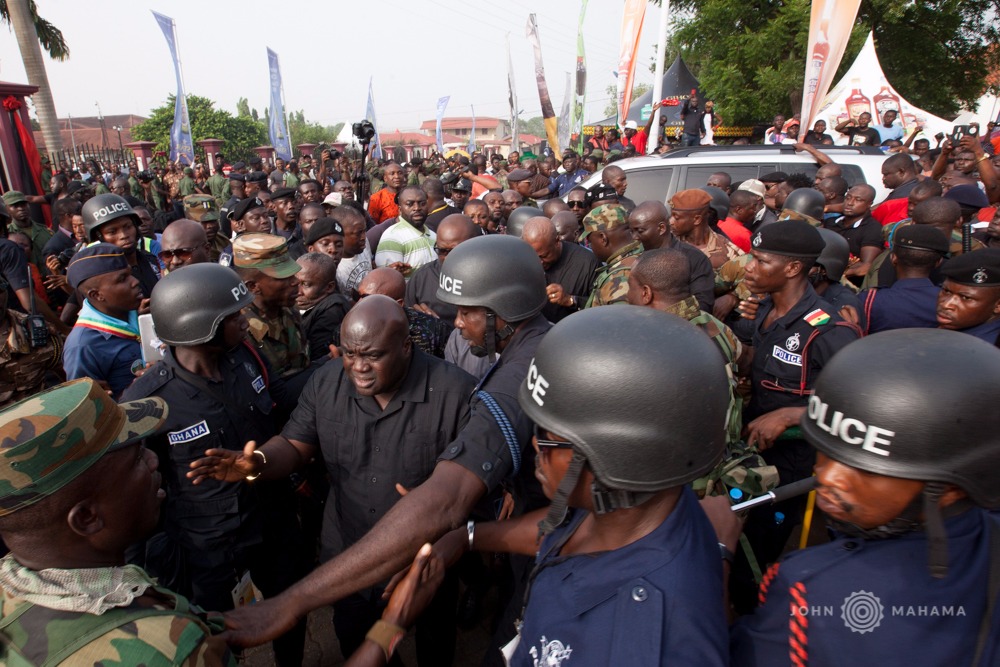 Former President John Dramani Mahama to joined Otumfuo and the people of Ashanti Region to celebrate the one year anniversary of the late Asantehemaa.

After observing all the necessary protocol at the Kumasi Airport, the former President proceeded to the main yard where people had formed human wall on the road leading to the Kumasi township.

The former President had to intervene himself to calm the elated crowd.

He advised them to suspend all political activities and advised the spare parts dealers who were at the airport to welcome him with placards to suspend their action and focus on the one year anniversary of the Asantehemaa. He said “The late Queen mother treated me like a biological child. She guided me with her motherly counselling and was always ready to receive whenever I visit my brother the King”. From there he proceeded to Manhyia.