He told Joy News responding to Afoko and his supporters only motivates the faction to do more and to create an erroneous impression that the NPP is a violent party.

Ato Quarshie who was to address the media accused 2016 NPP flagbearer Nana Addo of cowering dissenting voices in the party.

“If you read about animal farm and communism you will know their tactics”, Ato Quarshie criticized Nana Addo and his strategists.

Ato Quarshie also said he is “unhappy” with the suspension of Paul Afoko.

While condemning the attack, Nana Akomea has questioned the need for a press conference when Paul Afoko is looking to use the courts to reverse the decision to suspend him.

He suggested that Paul Afoko’s influence is at its lowest ebb. It is therefore not necessary to engage him or his supporters in any exchanges that could further dent the party’s image in the media.

He urged pro-Nana Addo supporters to refrain from aggressive behaviour. Paul Afoko will have his say in court, he said with a confidence suggestive of a defeat for Afoko. 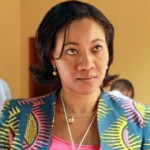