Registered small scale miners in Ghana are demanding compensation from government after losing over $500 million due to the ban placed on their activities.

Government has adopted a strong stance against illegal mining, popularly known as galamsey, and has taken a decision to place a ban all of forms on small scale mining in the country.

Initially, the ban was supposed to be lifted in September 2017, however, government decided to extend it by three months following concerns that it could disrupt the fight against galamsey.

A week ago, when President Akufo-Addo met the press at the Flagstaff House he stated that a decision was yet to be taken on whether the ban will be lifted or not.

However, the Ghana National Association of Small-Scale Miners (GNASSM) want the ban on small scale mining reversed after complaining about recording huge losses.

In an interview with Accra-based Starr FM, the General Secretary of the Association, Godwin Armah, said small scale miners in the country have collectively lost about $551 million as a result of the ban.

According to him, small scale miners in the country are bound to incur more losses if government does not take steps to reverse ban.

Meanwhile, the Coordinator at the Third World Network, Dr. Yao Graham, has called on government to compensate legally registered small-scale miners for the losses incurred during the period of the ban.

According to him, “government should pay the legal miners whose business have been damaged compensation. They should be compensated by being treated through political fiat; nobody investigated if they have done anything wrong and their businesses have been damaged”.

He further noted that the ban was killing local businesses, allowing only foreign mining firms to operate the gold business in the country.

In his view, government must show more concern for local businesses and that should mean separating illegal miners from legal miners and allowing the latter to freely operate because they have done nothing wrong.

“So you see our politicians on the front pages everyday shaking hands with foreign investors; they are destroying the business of locals. That is not good. Nobody has found anything against them; it is a blanket political ban which is destroying their business because of what illegal miners are doing,” Dr. Graham added. 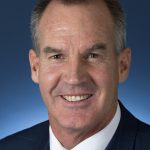