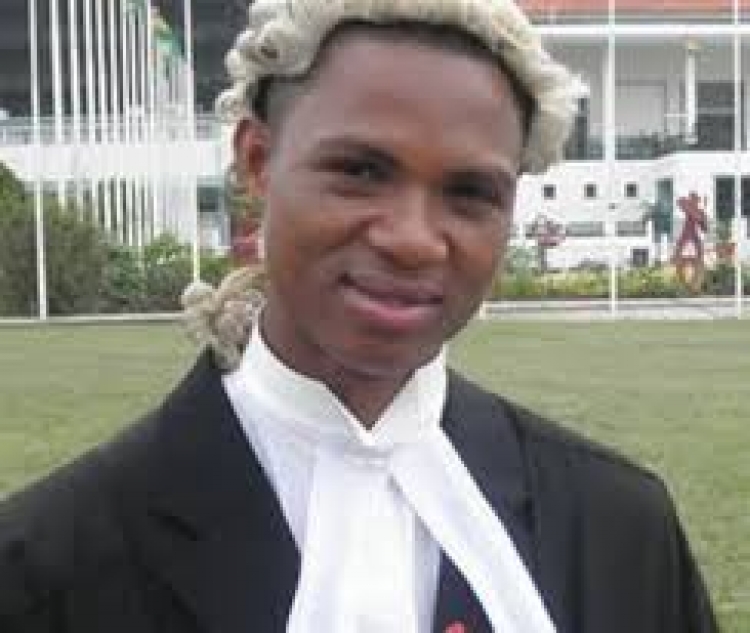 The three-year suspension of Lawyer Francis Xavier Sosu by the General Legal Council (GLC) has been quashed by the Human Rights Division of the Accra High Court.
On June 1, 2017, the GLC, the body that regulates the legal profession in the country, suspended Mr Sosu after it found him guilty of overcharging a client and also violating the legal profession’s code of conduct rule which enjoins lawyers not to advertise their services.

He was slapped with a three-year suspension for each of the said infractions and a one-year suspension for failing to appear before the Disciplinary Committee of the GLC.
All the sentences were to run concurrently.
During the period of suspension, the GLC asked Mr Sosu not to hold himself as a legal practitioner “or attend chambers or render or purport to render any professional legal service to any person’’.

Also, it instructed that a senior legal practitioner must mentor Mr Sosu for a year and the mentor must “lodge periodic reports with the GLC’s Disciplinary Committee’’.
“GLC acted unfairly”

Mr Sosu fiercely criticised his suspension, and on November 3, 2017, he filed a certiorari application at the High Court, seeking an order from the court to quash the GLC’s decision.
His case was premised on six grounds, in which he argued that the GLC exceeded its jurisdiction and also acted unfairly with regard to the charge of touting and advertising his services.
In a ruling yesterday, the court, presided over by Mrs Justice Gifty Agyei Addo, upheld the applicant’s reliefs and ruled that the GLC did, indeed, exceed its jurisdiction and acted unfairly
According to Mrs Justice Addo, there was no specific law that classified touting and advertising as a grave professional misconduct in the legal profession.

Apart from the absence of a law, she also held that there was no prescribed mode of punishment for touting and personal advertising.
Mrs Justice Addo also ruled that there was no complainant for the charge of touting and advertisement and, therefore, the GLC breached the rules of natural justice.
According to her, the GLC was the complainant, prosecutor and adjudicator with regard to the touting and personal advertisement, which was a breach of natural justice.
On the issue that Mr Sosu should undergo a one-year mentorship for his alleged offences, the court ruled that such punishment was alien to the prescribed sanctions stipulated under the Legal Profession (Professional Conduct and Etiquette) Rules, 1969, L.I. 613.
Details of the suspension
The first part of Mr Sosu’s suspension was in relation to a legal service he had rendered to Francis Agyare, who had spent 14 years in jail without trial.
Mr Sosu represented Mr Agyare in a compensation claim in which the Human Rights Court, in 2014, awarded Mr Agyare GH¢200,000 as compensation for his unlawful incarceration.

Mr Agyare had claimed that Mr Sosu promised to represent him on a pro bono basis but ended up charging him GH¢50,000 after the compensation was paid.

He, subsequently, filed a complaint at the GLC, accusing Mr Sosu of excessively charging him.
In its notice announcing the suspension, the GLC said Lawyer Sosu was convicted after he had pleaded guilty to charging Mr Agyare GH¢50,000, “which was excessive and an overestimation of the services rendered him when he represented to him that he was offering pro bono legal service’’.
The said act by Mr Sosu, the GLC said, was in violation of Rule 9(9) of the Legal Profession (Professional Conduct and Etiquette) Rules, 1969, L.I. 613.