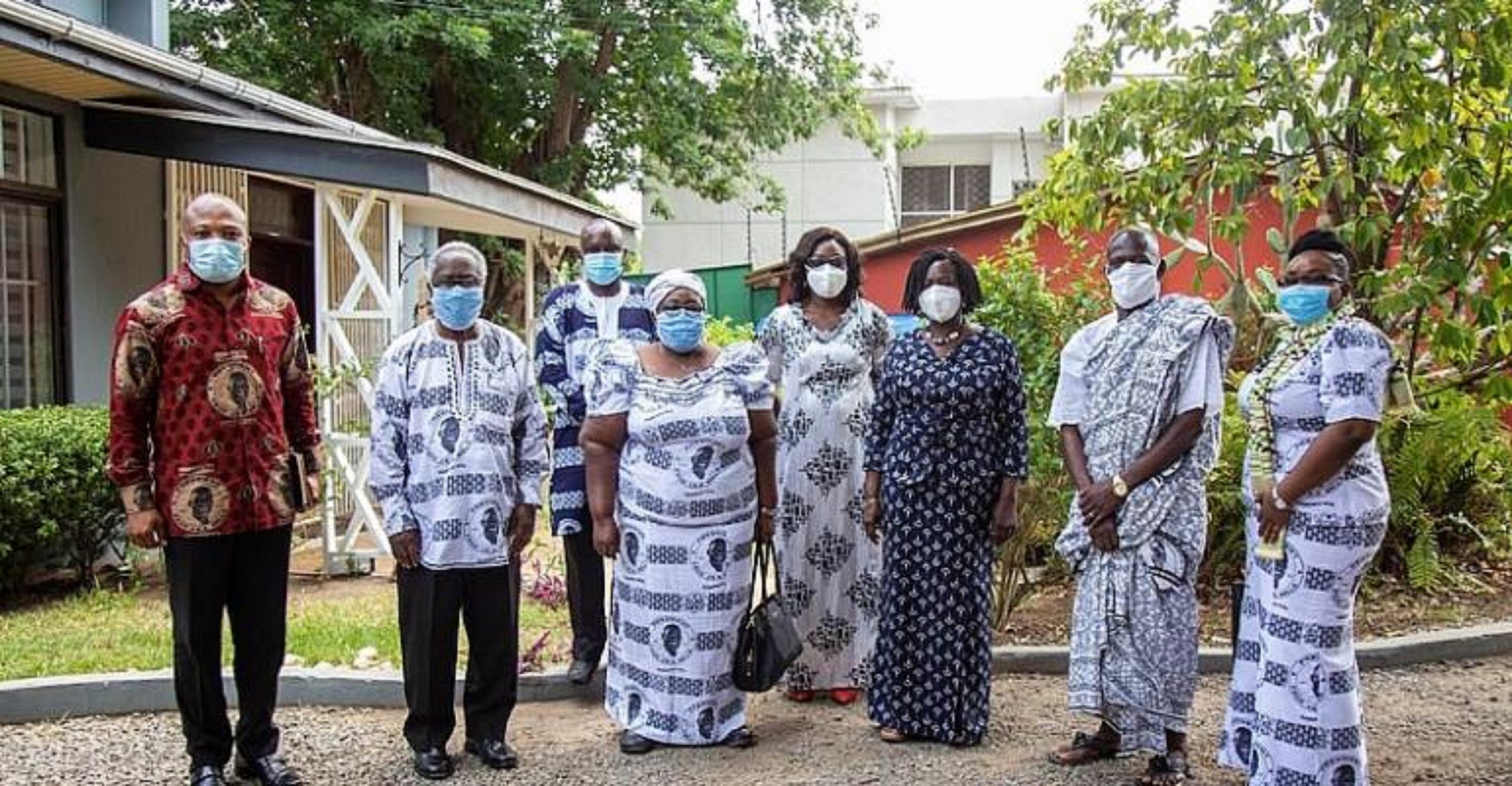 The family, led by Opanin George Aryee Thompson the Family Linguist, was in Accra for the Wreath Laying ceremony in connection with the commemoration of the passing of President Mills.

The family expressed their delight and excitement about the nomination of Prof. Naana Jane Opoku-Agyemang, as the NDC Vice Presidential candidate.

They pledged their support to her and the NDC and wished her well in the upcoming campaign. They advised her to focus on the task ahead and not be distracted by negativity from persons who do not wish her or the nation well.

The meeting ended with a prayer by the family linguist.

He passed away on July 24th, 2012, some three years and six months into his presidency. Prof Mills left an unforgettable legacy as a peace-loving, God-fearing, and dedicated servant leader.

His peace loving nature earned him the affectionate title, Asomdwee Hen. His burial place near the Christiansborg Castle, which was the seat of Government at the time of his presidency was thus named Asomdwee park. The NDC party has instituted the wreath Laying Ceremony and the annual Atta Mills lectures to commemorate his passing and celebrate his legacy. This year’s wreath Laying Ceremony was held on Friday 24th July 2020.

About the National Democratic Congress

The National Democratic Congress (NDC) is the party on whose platform President Rawlings, President Mills, and President Mahama successfully won elections and became President of the Republic of Ghana. The NDC has won four out of the seven elections held in Ghana during the Fourth Republic, which followed the coming into force of the 1992 Republican Constitution. It is a social-democratic party.

The current leader and Flagbearer of the Party for the upcoming 2020 presidential and parliamentary elections in December is John Dramani Mahama. He holds the sole distinction in the country’s governance history of having served as a Member of Parliament, a Deputy Minister of State, a Minister of State, a Vice President and a President of Ghana.

The Vice-Presidential candidate of the NDC is Professor Jane Naana Opoku-Agyemang, who was Vice-Chancellor of the University of Cape Coast and the first female Vice-Chancellor of a University in Ghana and has also served as a Minister of Education, among her numerous internationally acknowledged credentials.