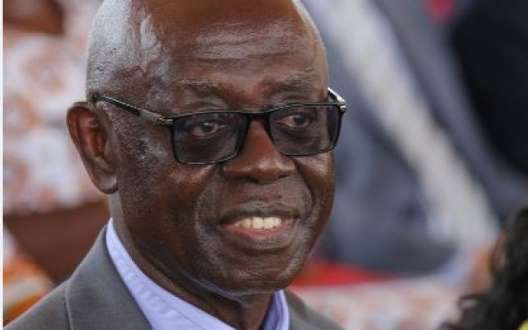 Mr Peter Kwamena Bartels, a former Minister of state under the Kufuor administration, has approved as the board chairman of the Ghana Oil Company (GOIL) by the shareholders at its 48 Annual General meeting.

He later apologised after it was discovered that the appointment letter was fake.

According to Prof Asamaning, Goil had a market share of 13.6 percent in 2009 but has risen to 18.2 percent under his watch, making it the third largest Oil Marketing Company in Ghana.

“This is no mean achievement considering that the number of OMCs have increased from about ten to over 100,” he said.

The outgoing board chairman also disputed market rumours that Goil is being subsidised by the government, saying the government owes the company for supplies to the security agencies.

“We achieved this success without any subsidies from Government contrary to assertions by a section of the industry. The fact is that government owes GOIL due to supplies to the security services. I am sure if the subsidy story were true, government would rather use the funds to pay up its debts than subsidise a commercial enterprise like GOIL,” he said.