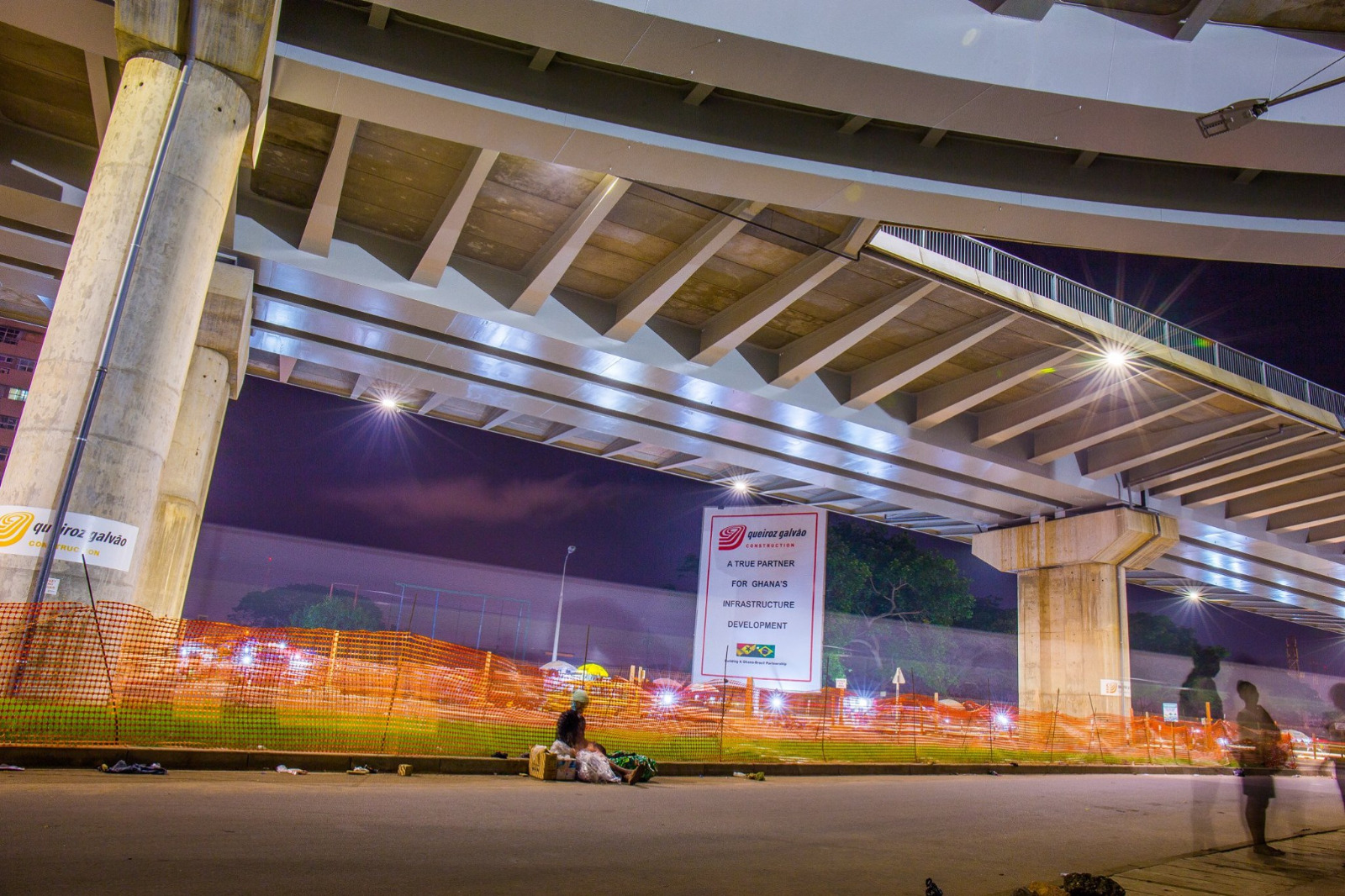 Magic is defined as having or apparently having supernatural powers, eg: a magic wand. It can also be defined as something wonderful or exciting as in “a magic moment.”

People who have extremely excelled in their fields have had “magic” added to their names, and one example that comes to mind is Earvin Johnson Jnr. Johnson accomplished virtually everything a player could dream of during his 13-year NBA career, and he was named Magic Johnson.

In Ghana there is magic in the air too. Something unprecedented is happening, and President John Dramani Mahama is eliciting wonder and admiration from even people who do not like him. His Changing Lives and Transforming Ghana agenda is becoming much more visible, and the Kwame Nkrumah Interchange is one of them.

The Kwame Nkrumah Interchange is almost complete. Ancillary works which includes drainage, pedestrian walkways, terminals, and a 21-feet statue of Dr. Kwame Nkrumah, the first president of Ghana have been done; and special lighting made of modern LED bulbs have been well arranged beneath the three flyovers to provide an artificial illumination that makes the interchange a delight to watch at night. An electronically-controlled fountain which splashes water around the Kwame Nkrumah statue will take your breath away.

A couple of days ago, I visited the site and I was amazed at what I saw. I was not alone, some other people who had gone there were also fascinated with the beauty of the Interchange. One of them exclaimed that President Mahama has brought Europe to Ghana.

Much as I was swept off my feet by this monumental architectural work, my mind ran through the benefits of the Interchange, and I doffed my hat for the young man from Bole because it will only take a visionary leader to think of something of that sort.

About 84,000 vehicles pass through the Kwame Nkrumah Roundabout everyday, and during rush hours, traffic is choked making motorists spend hours on end before they are able to pass through; so, the Interchange is going to solve the problem of traffic congestion, and more.

Assuming motorists spend 2 litres (half a gallon) of fuel a day in traffic at the roundabout, at an average fuel price of GHC4 per litre, about GHC8 worth of fuel is wasted everyday on each of the 84,000 vehicles which passes through the area; and if we multiply 84,000 by GHC8 we will have a whopping figure of 672,000 Ghana Cedis.

There are 365.25 days in a year; so if we multiply this by GHC672,000, we will have a gargantuan 245,953,000 million Ghana Cedis, and that is how much your government spends to import fuel which is eventually wasted. This is just a tip of an iceberg what President John Dramani Mahama has in store for the good people of Ghana. Change is already happening, and the fact that inflation is dropping and the cedi is firming up against the dollar in an election year justifies my argument.

President John Dramani Mahama is a gift to Ghana, therefore, our love for him must be unrequited. Let’s all support his second bid for president, else posterity will never forgive us. I think he deserves to be called Magic Mahama. Don’t you agree with me?