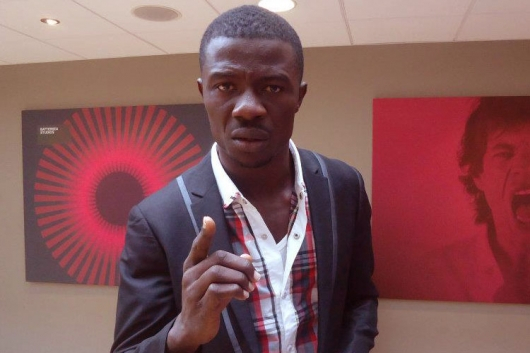 The ‘am love you’ catch phrase originator in an interview with Adom Entertainment News described the attacks on him as something which is ‘highly unnecessary’ and called on the persons mocking him to rather ‘tap into his anointing’ other than mocking him.

“If you see that God has blessed someone, just tap into it. Who cares about English?” he quizzed. Kwaku Manu added that Ghanaians are becoming too obsessed with English.

“Who cares if the boy cannot speak English? The boy is meeting the Vice President, Paa Kwesi Amissah Arthur, yet many actors have never got that opportunity,” he added.

Abraham Attah has enjoyed the support of many Ghanaians after some presenters were heard mimicking his ‘Tank Yew’ speech at the award ceremony.

The presenters have since apologized for their behavior but the Kumawood Actor says some presenters are fond of demoralizing hard working celebrities with unnecessary criticisms and advised them to eschew that attitude.

Abraham Atta should not act in Ghana Kwaku Manu further backed the decision of Abraham Attah not to feature in any local movie as according to him, the young actor would risk destroying his career if he dares feature in local movies.

Kwaku Manu also advised the young Ghanaian actor to go back to the United States of America (USA) and ply his trade there as an actor than to stay in Ghana. Abraham Attah said in an interview at the Kotoka International Airport (KIA) disclosed that he will not feature in any local movie.

His reason, he said, was because he enjoys acting in Hollywood. The Best Male Lead Award winner at the 31st Film Independent Spirit Awards hinted that his manager is working on some international movie deals for him and hopes it will mature soon. He continued that he plans to school abroad very soon and that is his concentration now. 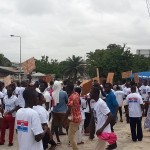 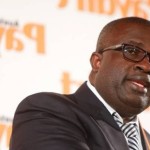