A member of the New Patriotic Party’s Council of Elders Boniface Gambilla has revealed that the party’s General Secretary Kwabena Agyepong will be the next to be expelled after party chairman Paul Afoko is suspended for breaching party rules.

This is the latest in the deepening internal strife within the NPP after the party’s elders authored a statement signaling their desire to have Afoko sidelined for failing to show leadership.

Some constituency executives in the Northern, Upper West and East regions are outraged at the directive by the Council of Elders for Afoko to step aside.

In a press statement signed by 11 Constituency Secretaries, the executives accuse the leaders of ethnic bigotry questioning why Afoko is being targeted when Mr. Agyepong has also been accused of causing confusion in the party.

But according to Gambilla, Afoko is the main person that must be dealt with immediately before attention is turned on Agyepong. 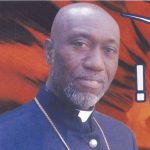