Exclusive information available to us, has it that, suspended General Secretary of the New Patriotic Party, Kwabena Agyei Agyepong after several attempts, has finally concorded, based on “written conditions” to “pretend” supporting flagbearer of the New Patriotic Party; the intention and purpose has been established as, “to relay an impression of unity in the minds eye of the disenchanted party financiers,” after several meeting with Nana Akufo-Addo and some “fiercest associates” of his, in the last few weeks.

According to one source closer to the Nima residence of the NPP flagbearer, she noted, Nana Akufo-Addo having realized that, 2016 elections obviously is his “final attempt” to try his hands on the Presidency, is in “dire” need of cash to “invest in his pension”, from “obstinately disillusioned” party financiers who had reluctantly refused to put their monies into the 2016 Presidential campaign of Nana Akufo-Addo; but are willing to “retreat” and push back their cash to Akufo-Addo if only, Akufo-Addo is ready to account for monies given to him in previous elections and also willing to bring everyone on board including aggrieved party members who are contesting as independent candidates. In light of this uncompromising conditions from party financiers, Nana Akufo-Addo is said to have “tried and succeeded with his beguiling tricks” on Kwabena Agyei Agyepong, his former “henchman” and as well, he happens to be Akufo-Addo’s “campaign cordinator” in the run up to the glorious Sunyani 1998 NPP congress which saw the election of Kufour as the party’s flagbearer.

Detailing to our News reporter on how Nana Akufo-Addo is said to have had the “concerted mind” of the former Press Secretary to President John Agyekum Kufour, a high placed source at the party’s asylum down noted that, the last resort that did the trick for Akufo-Addo was that, Akufo-Addo who had known the role Kwabena Agyepong played as his partner in the “dreadfully infamous G15”, was convinced Kwabena Agyepong was the “weakest link” to be ideally considered. Owing to this, initiations and meetings were made. In one meeting which is said to have occurred very few days ago, Kwabena Agyepong submitted a ” set of hard to deal with” written conditions for Akufo-Addo to abide by, at a meeting in the home of a former foreign minister and National Treasure of the NPP. The source explained that, after “open dialogue” on the demands of Kwabena Agyepong, the parties resorted to “horse trading” and it was acceded that Kwabena Agyepong be given “three cabinet Ministerial Positions for him to chose from one and fill the remaining two with any two of his loyalists in an Akufo-Addo Presidency; additionally, Kwabena Agyepong was accorded to be a running mate to Dr Mahamadu Bawumia in 2020.”

Conversely, a “self-important” Kwabena Agyepong, according to our authenticated source, has agreed with the other party (Akufo-Addo) to act as a “shrewd conduit” to discharge a “self-willed” responsibility of persuading certain key “independent minded” figures of the Kufour faction and certain independent candidates, who had suffered “open hostility, flagrant victimization and resisted dreadful and horrifying discrimination from Akufo-Addo and his family and friends” to “disengage and walk away” from their great woes and painful tragedy, to swim along with the “AKUFO-ADDO FOR CHANGE” tide. Meanwhile, very close friends of Kwabena Agyepong such as, Newtown Offei-Abeiku, Pius Enam Hadzide, et al, who had worked closely with Kwabena Agyepong in the last three years have been appointed by Akufo-Addo as his Presidential aides. 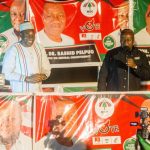 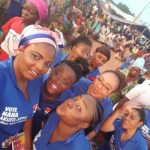