Power has been restored to a chunk of the Kumasi Metropolis after the entire city was plunged into darkness Wednesday night following an explosion of some transformers.

The explosion affected some substations of state power distributor Electricity Company of Ghana (ECG) in the region.

The blackout came a few hours after the Power Ministry announced on Wednesday December 30 that the load shedding regime had officially ended.

A statement from the Ministry signed by Kweku Sesah Johnson said: “The Ministry of Power wishes to inform the public that its load-shedding programme, in respect of electricity supply, has been brought to an end.”

“The Ministry takes this opportunity to express its profound gratitude and appreciation to the entire citizenry and residents of Ghana for their forbearance and understanding during those difficult times.
“The Ministry and its agencies wish to assure the public that they shall continue to pursue policies and programmes to consolidate the gains so far made in generation and transmission of electricity for the country,” the statement added.

Class News’ regional correspondent Frank Aboagye reports that some residents are accusing sector Minister Dr Kwabena Donkor of being economical with the truth as far as the lead shedding is concerned. Dr Donkor promised earlier in the year to resign by Thursday December 31 if failed to solve the power crisis. The Ministry’s announcement came a day shy of the Minister’s self-imposed deadline.

Some groups such as the Association of Ghana Industries (AGI), Ghana Union of Traders, Ghana (GUTA) and the Africa Centre for Energy Policy (ACEP) have all expressed scepticism about the announced end to the four-year crisis.

Power supply has been regular for the past week in most parts of the country. This is a vast improvement from the load shedding regime where Ghanaians enjoyed power for 12 hours and went off for 24 hours.

However, CEO of Gasop Energy Kojo Poku told Ekow Mensah Shalders on Class91.3fm’s Executive Breakfast Show Thursday that the ease in the crisis could be put down to the fact that many industries, who zap a lot of power, have taken a break to enjoy Christmas and the New Year holidays.

Mr Poku wondered if the regular power supply situation will continue after the mining firms and other manufacturing industries resume work in January. 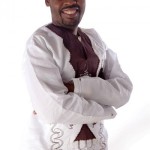