Ashanti Regional Minister, Simon Osei Mensah has said, the cause of the death of students at Kumasi Academic is Ebola related.

It is not known how the Minister arrived at the conclusion when health professionals are still conducting series of investigations into the shocking deaths at the institution that celebrated its 60th Anniversary at the weekend.

“This is not malaria and people are saying….it is likely to be Ebola”, the Minister revealed on a local radio station Nhyira FM’s morning show.

“When Ebloa started people were thinking it was Ebola but we found out to be something different”, Hon. Simon Osei Mensah told host Aduanaba Kofi Asante Ennin on Tuesday.

At least, three students are reported to have died within one week, bringing to seven, the number of student deaths this year alone a situation causing alarm to parents whose wards are in the school.

The Minister will today [Tuesday], hold a meeting with Directors of the Ghana Education Service (GES) and the Ghana Health Service (GHS) over this alarming development.

Meanwhile, the Municipal Chief Executive of Asokore Mampong, Alhaji Alidu Seidu, has said the Noguchi Memorial Institute for Medical Research will present a report on the cause of deaths tomorrow, Wednesday December 6, 2017.

Journalists were on Monday refused entry into the Kumasi Academy (KUMACA) at the Asokore Mampong in the Ashanti region following orders by school authorities to disallow media persons into the school. 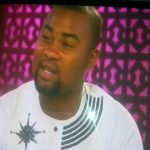