The Kuga Naa Adam Abdulai II has called on the Youth of Dagbon to stop meddling in the current chieftaincy matters of the area and allow elders of Dagbon to handle the matter.

He said the youth should concentrate solely on how to develop the town and allow chiefs and leaders resolve the matter.

The Kuga Naa said this when the Board Director of the Development and Unity Foundation (DUV) a non- governmental organisation paid a courtesy call on him at his palace.
He also cautioned the media to desist from creating division amongst the royal family.

Naa Abdulai said they go to farms and other ceremonies together and would have killed each other if indeed they were at war.
The director of the Foundation Mr. Hwanq Tea Young indicated that the Korean government intends to invest massively in the northern region because of its deprived nature.

He said the Korean government releases 200,000,000 dollars each year to support development in Africa to help reduce poverty. Mr Young said most of the resources are channelled to the agricultural and educational sectors of the Northern Region with the hope of improving the economic wellbeing of the people at the end of the project.

Mr Young said the Korean government is ready to invest more in the Northern part of the country and that vision can only be realised if there is peace.
The Director said no investor is ready to take risks if the grounds are not safe.

Mr. Young said he was pleased that all the chiefs in Dagbon are preaching and pledging their support to help sustain the current peace in the area. He advised the youth to be industrious and work hard instead of idling.

CEO of the Development and Unity Foundation Chief Wodoo Abdulai Mahama said the youth in Dagbon engage in acts of violence largely because they are idle.
He said the farming programme will bring all the youth of Dagbon onboard and this is expected to help create unity among them.

Mr Mahama said the agriculture programme will create jobs whilst education would lay a solid foundation for the children in the area.
This, he believes will go a long way to addressing the numerous conflicts in the area. 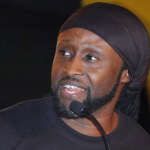