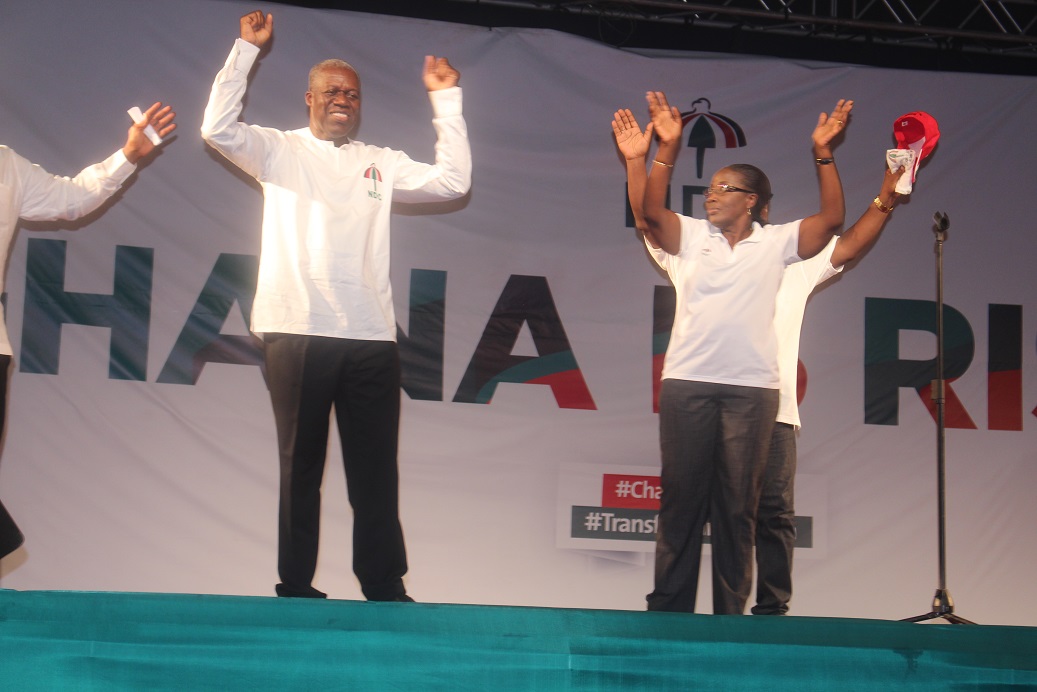 Vice President Kwesi Amissah Arthur has described former President Kufuor as a lonely giant whose “entourage” has left him to his fate.

Speaking at the final rally of the governing National Democratic Congress in Accra on Monday, Kwesi Amissah-Arthur said Mr Kufuor, who used to be called the “Gentle giant” is currently living a lonely life within the NPP as his colleagues are no longer with him.
play
Ghana’s Vice President

Nana Addo, the flagbearer of the NPP has been heavily criticised by President John Mahama and leaders of the governing National Democratic Congress (NDC) over what they call internal wrangling within the party which saw national Chairman Paul Afoko, General Secretary Kwabena Agyapong and Vice Chairman Sammy Crabbe suspended indefinitely late last year.

The suspended trio are believed to be the confidants of the former president, John Kufuor, particularly, Kwabena Agyapong being his spokesperson when he was in power.

Nana Akufo-Addo has urged leaders and supporters to bury all differences they may have and join forces with the party to win the upcoming elections.

But Mr Amissah-Arthur believes the NPP cannot continue to be boasting of projects and social intervention programmes which were primarily handled by some of the suspended executives of the party under the Kufuor government.

He said that during the NPP’s last rally on Sunday, he saw Mr Kufuor “with none of the people who helped him to administer this country supporting. His entourage is no more part of the NPP campaign. We wish him well, but we know his people are no longer part of it.

“So I don’t know how they are going to continue and take credit for all the work that Kufuor did if they don’t accept the people who made it possible for Mr Kufuor to achieve what he did.”