According to Nana Akufo-Addo, listening to the concerns of the people of Krobo Odumase, it was clear that many were not satisfied with their current conditions of living and appear to have lost hope in the ability of Ghana to offer a decent living to its citizens.

Speaking in Ga, he, however, urged them not to give up on Ghana, but have faith that with the right leadership pursuing the right policies, Ghana will become a country of progress and prosperity.

With some nine months to the holding of the general elections, Nana Akufo-Addo admonished all Krobos not to pay heed to those who, whenever elections come up, seek to divide them along ethnic and political lines for electoral gain, stressing that “we are all Ghanaians and are one people”.

The NPP flagbearer made this known when he joined mourners at the final funeral rites of the late Mr. Emmanuel Adjase, father of Robert Tetteyfio Adjase, convener of the pressure group “Disappointed NDC Youth Crossing Over to NPP”, at Krobo Odumase, on Saturday, February 6, 2015.

The popular “w? ma chake mi” slogan, which was introduced in the year 2000 and heralded the desire by Ghanaians for change, according to Nana Akufo-Addo, originated from the Krobos. He was, therefore, delighted that this same slogan was being sung by mourners and residents of Krobo Odumase, at a time when Ghanaians are clamouring for change.

Ghana, he said, finds herself in a situation which requires nothing short of a change in government from the November election, so the country can be rebuilt.

An NPP victory in 2016, Akufo-Addo stressed, will bring back hope to Ghanaians and will begin the process of rebuilding Ghana again, assuring that “the change we are looking for in our lives will then come.” 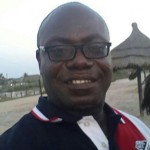