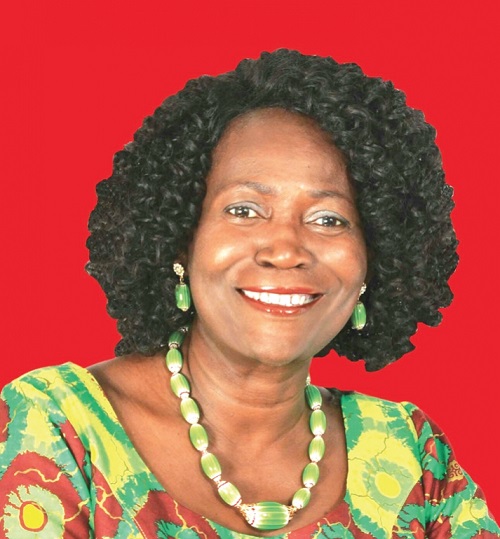 The Kpando Traditional Council has thrown its weight behind the incumbent Member of Parliament (MP) of the area, Mrs Della Sowah.
Describing the MP as meek, humble and liked by the majority of people, the chiefs said she had brought a number of development projects to Kpando and its surrounding areas, which they said was not the case in the past.
Some of the projects are the construction of school buildings, skills training for 1,960 extremely poor persons, payment of remedial school fees for hundreds of senior high students, scholarships, market paving and the revamping of the agricultural multiplication sites in the Kpando Traditional area which had been neglected for over 20 years.

The chiefs threw their support behind Mrs Sowah at a press conference held at Kpando in the Volta Region last Friday to deny allegations that they were not in favour of her because she had been disrespectful towards them.
“We as chiefs and opinion leaders totally support Mrs Sowah as our MP and we adore her as a gem, rising to this high office of the land,” they said.
Speaking on behalf of the council which is made up of over 22 towns, the chief of Kpando Aloyi- Anigbe Division, Togbui Kombla Teng V, said the MP had not begrudged or disrespected any chief of the municipality as speculated by a section of the public.
Denial of allegations
Last Wednesday, August 26, 2015, a youth group in Kpando demonstrated against the sitting Member of Parliament of the area. The group, who claimed they were representing the chiefs of Kpando, purported that they (Kpando chiefs) were not in support of the incumbent MP who also doubles as the Deputy Minister of Gender, Children and Social Protection. They, therefore, called on President John Dramani Mahama not to support Mrs Sowah in her attempt to retain her seat.
But the Kpando Traditional House of Chiefs debunked having knowledge of the said demonstration and for that matter, the press conference against the MP.
They added that upon investigation, it came to light that the chiefs, who were present at the event that day, were deceived since the main motives behind the press conference were not made known to them.
Distancing themselves from what they described as a disgraceful act, the chiefs said, “ We as chiefs do not meddle in partisan politics and for that matter did not organise, fund, support or had any hand in that diabolic act of disgrace and impunity by a few disgruntled youth of Kpando, Sovie and Gbefi. We distance ourselves as worthy citizens from this shameful act”
The chiefs said, “We have never said we don’t want her. As a matter of fact, she is one of the finest daughters of our land; we are ready to work with Hon. Mrs Della Sowah as our MP and Deputy Minister for Gender, Children and Social Protection” .
Caution
The Kpando Traditional Council, therefore, cautioned individual chiefs to stop campaigning for aspirants in the upcoming NDC primaries to be held on November 21, 2015.
They further warned that as custodians of the land, they would deal ruthlessly with anybody or group of persons who would use their names (Kpando Chiefs) for their selfish interest.